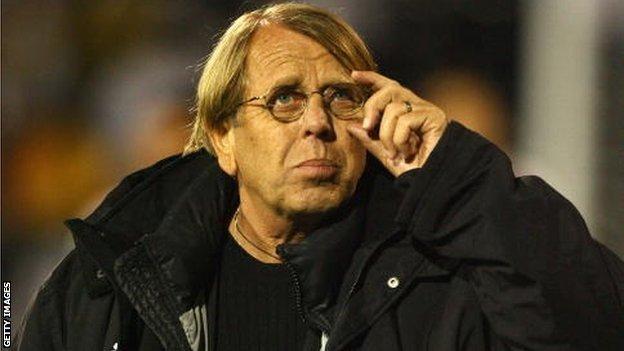 Ghana's under-23 side earned a 1-0 win over Claude LeRoy's Congo-Brazzaville side as the teams try to qualify for the men's football tournament at the 2016 Rio Olympic Games.

The only goal of the game for the 1992 bronze medallists came moments before half-time through Enoch Ebo Andoh.

The second leg will be in Congo next weekend with the overall winners securing a showdown with Nigeria, who at the 1996 Atlanta Games became the first African winners of the football tournament.

LeRoy's squad included four of the players who reached the 2015 Africa Cup of Nations quarter-finals in Equatorial Guinea.

Elsewhereon Saturday Uganda earned an important 2-1 win away to Rwanda, who are coached by 29-year-old Northern Irish coach Johnny McKinstry.

Faruku Miya and Muzamiru Mutyaba were on target for Uganda, while Dominique Savio Nshuti scored for the hosts.

Despite a lacklustre performance hosts Tunisia grabbed a late goal to beat Sudan, who had created several good chances during the game.

Sliman Kchok of CA Bizertin scored the only goal of the game with just minutes left to play.

While on Friday Botswana held Zambia to a 1-1 draw at Lobatse Stadium south of Gaborone on Friday.

Zambia went ahead of their hosts through a close range striker from Shadreck Malambo.

Botswana's equaliser came in the 65th minute as Unobatsha Mbaiwa tapped home after keeper Toaster Nsabata could only parry the ball into the striker's path.

Return matches are scheduled for the weekend of 29-31 May.