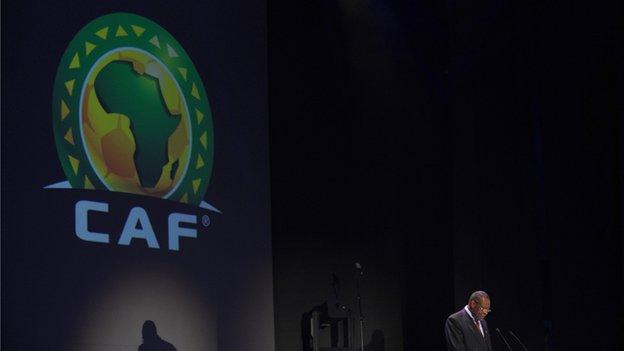 The Confederation of Africa Football says the Fifa presidential election should proceed on Friday as planned despite corruption charges against senior officials.

Sepp Blatter is seeking re-election for a fifth term and will stand against Jordan's Prince Ali bin al-Hussein.

"Caf opposes any postponement of the election for the presidency scheduled 29 May," a statement read.

It also "reiterated its support for the candidacy of Sepp Blatter."

The statement also said that African football's governing body will co-operate in any way possible over the corruption investigations.

"It [Caf] reaffirms its commitment to work and to cooperate in safeguarding the ethical and moral values that underlie the practice of the sport, its organization and administration," it continued.

"Hence its full and ongoing support to the package of measures driven to Fifa in recent years in improving governance.

"Caf reaffirms its readiness to cooperate in this direction with all the institutions that engage and subscribes it to zero tolerance vis-a-vis offenders regardless of their profile or origin."

European football's governing body, Uefa, had initially suggested they were in favour of postponing the Fifa Congress in Zurich, however they now accept the elections will go ahead..