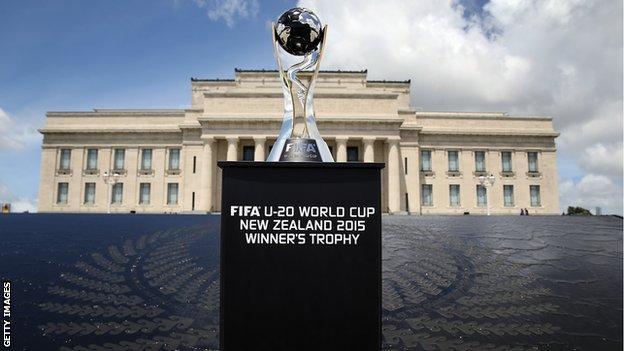 Brazil had to come from 2-1 down to beat African champions Nigeria in the opening Group E matches at the Under-20 World Cup in New Zealand.

The two sides put defence aside and ploughed everything into an attacking game that produced some stunning goals as five-time winners Brazil emerged 4-2 winners.

Next up for Nigeria is North Korea while Brazil play Hungary on Thursday.

Brazil took the lead against the Flying Eagles after just five minutes with a close-range shot by Gabriel Jesus but it was a short-lived lead.

Nigeria had no trouble getting in behind Brazil's back four resulting in a sensational strike for Isaac Success who stepped around the keeper and slammed the ball into an open net.

A flurry of shots at both ends of the field resulted in Musa Yahaya putting Nigeria 2-1 up inside 30 minutes.

Judivan equalised just before half-time for Brazil and Boschilia regained the lead on the hour mark with a long-range shot that deflected in off the right-hand post.

The comeback was complete when Judivan bagged his second and wrapped up the game with a tap-in off a goalkeeping error.