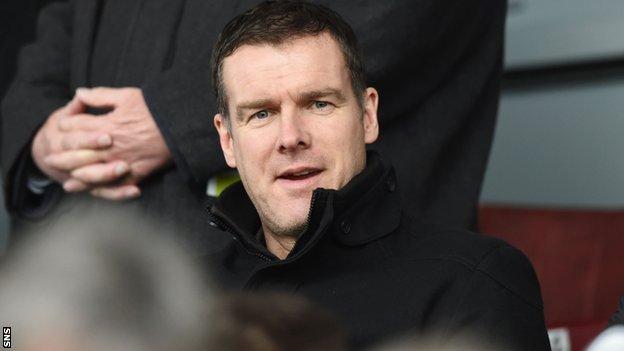 The 44-year-old was most recently coach at Coventry City after leaving Nuneaton Town by mutual consent last September.

That followed a spell in the Philippines as coach/manager of Global FC and the under-23 international side.

"Delighted to be given the opportunity to become manager of Stranraer FC and can't wait to get started," he told the Stranraer website.

The club said Reid was the outstanding candidate, who brings a "wealth of experience" to the post.

His five-year spell as manager of Ayr United delivered promotion twice for the Honest Men and took them to the League Cup semi-final in 2012.

However, his contract was not renewed following relegation to the Second Division that same year.

Meanwhile, goalkeeper David Mitchell, who was out of contract in the summer, has agreed a two-year deal with Premiership outfit Dundee.