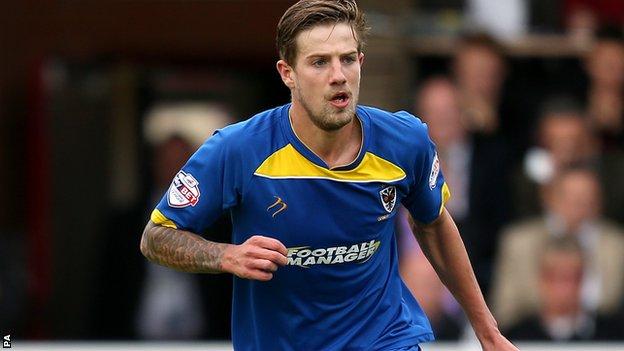 Cheltenham Town have signed midfielder Harry Pell, with the length of the contract yet to be finalised.

Pell, 23, joined Eastleigh in January after his contract was cancelled by AFC Wimbledon.

He joined Wimbledon from Hereford in January 2013 and made 65 appearances in total for the club.

"I am pleased to bring Harry in because he was one of our first thoughts this summer," said Cheltenham manager Gary Johnson.

Pell started his professional career with Bristol Rovers and also had a spell at Cambridge United.