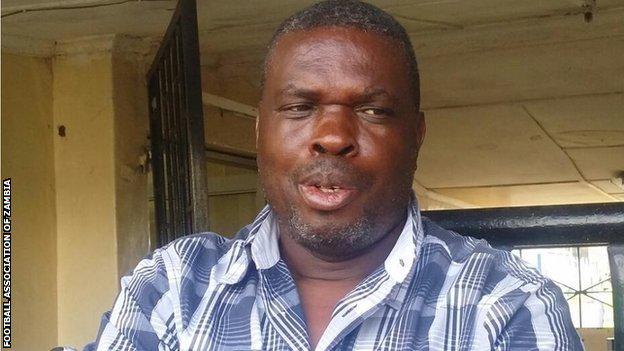 George Lwandamina has been appointed as caretaker coach of Zambia just five days before they host Guinea Bissau in 2017 Africa Cup of Nations qualifier.

He replaces Honour Janza, who led the side at the Nations Cup finals in Equatorial Guinea this year.

The move comes just a day after Janza lead Chipolopolo to a 1-0 win over Ethiopia in an international friendly.

Lwandamina is the current coach of club side Zesco United, who lie second in the Zambian Super League.

Janza has been given a new role in charge of the Football Association of Zambia's (Faz) development programmes.

The football association is continuing its search for a permanent replacement for Janza and said in a statement: "Updates on the announcement of the new head trainer will be given over the coming weeks."

"FAZ wishes to thank Honour Janza for the work undertaken during his time as coach of the Chipolopolo.

In March Janza told BBC sport that he felt "betrayed" by Faz who announced it wanted to employ a foreign coach, however the association refuted his concerns.