Wales captain Aaron Ramsey says Friday night's meeting with Belgium is the "biggest game" the current squad has ever faced.

Chris Coleman's side, level on points with Belgium, can go clear at the top of Group B with victory at the start of a key weekend of Euro 2016 qualifiers.

Northern Ireland, Scotland and the Republic of Ireland are also in with a chance of making it to France next summer, while the Netherlands face a vital contest with Latvia as they bid to breathe life into a faltering campaign.

Here, BBC Sport looks at a weekend of fixtures that could prove crucial in the qualifying campaign. 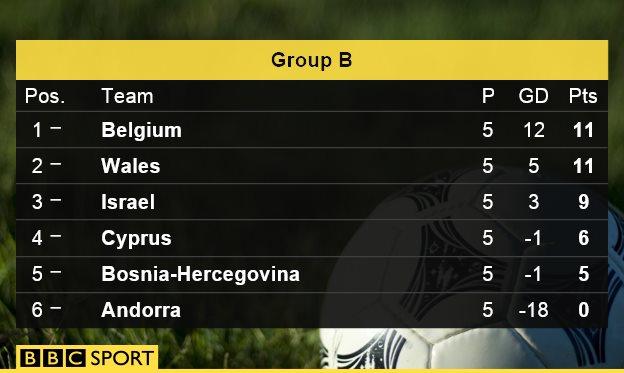 Both of the sides are unbeaten in the group, on the same points. Victory for either will be a huge fillip for their chances of qualifying for the tournament.

You have to go back to 1993 for the last time Wales beat Belgium, goals from Ryan Giggs and Ian Rush securing a 2-0 victory. Three defeats and two draws - taking in their first meeting in the Euro 2016 qualifiers - have followed.

Belgium have talent all over the pitch. They have the height and power of Aston Villa striker Christian Benteke while also boasting the craft and guile of PFA Player of the Year Eden Hazard.

Captain Vincent Kompany is suspended so Arsenal's Ramsey will be looking to penetrate Belgium's defence with runs from midfield. Of course, Belgium will need to keep an eye on the world's most expensive player, Gareth Bale, who is set to win his 50th cap.

Ramsey feels this is Wales' biggest game in a decade, since beating Italy 2-1 in a Euro 2004 qualifier.

"It's probably the biggest game we've played for Wales with this group of players. We are both top of the league at the moment and there's a lot on this game," he said. 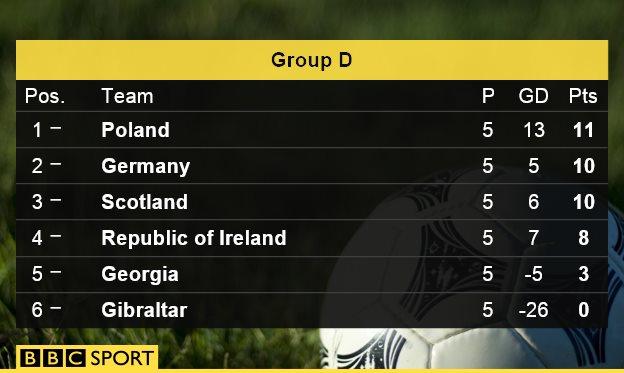 Just three points separate the top four teams in Group D, although the Republic of Ireland will find themselves almost out of contention should they lose.

Scotland can put the pressure firmly on Poland and Germany if they collect three points.

Shaun Maloney was the match-winner for Scotland back in November, but the two sides are even when it comes to head-to-heads, both collecting four wins a piece.

Striker Steven Fletcher suffered a disappointing season with Sunderland but netted a hat-trick for his country in the last qualifying match against Gibraltar in March. He could line up against club team-mate John O'Shea.

Republic of Ireland boss Martin O'Neill does not want his players to be distracted from off-field issues, such as the loan given to the Football Association of Ireland to stop legal action after France controversially beat Ireland in a World Cup play-off in 2009.

"My job here is to try to prepare these players for this match," O'Neill said.

Meanwhile, Scottish FA chief executive Stewart Regan has compared manager Gordon Strachan's efforts with the national side to that of the country's First Minister.

"Gordon has done as much as Nicola Sturgeon to rally the nation," he said. "We have a laugh and a joke about his popularity." 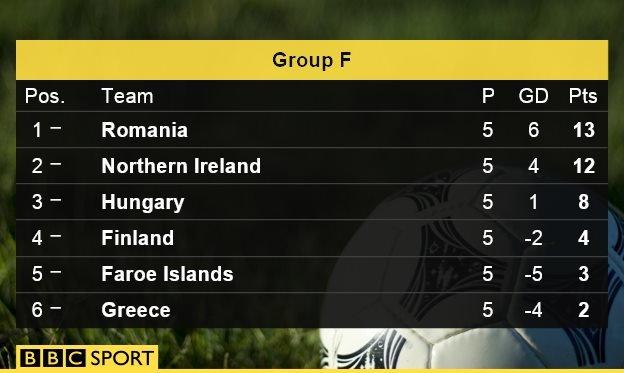 It has been an impressive campaign so far from Northern Ireland and they will go top of Group F should they beat Romania at Windsor Park. A draw will do nicely too, keeping their destiny in their own hands.

Romania won the first game 2-0 in Bucharest, but Michael O'Neill's Northern Ireland side can take heart from a better overall record against their opponents, having won three games to two.

Forward Kyle Lafferty will give the Romanian defence plenty to think about, having scored a brace in the previous qualifying match against Finland, while they can also utilise the set-piece delivery of West Brom's Chris Brunt.

Northern Ireland boss O'Neill wants nothing less than for his side to top the group.

"We want to keep the momentum going and get ourselves in a stronger position," he said. 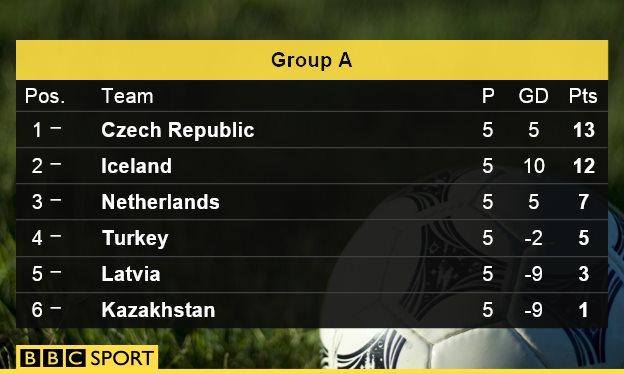 The Netherlands are in a position that could become perilous and can ill afford to drop any more points from their remaining five Group A games. Having won just twice so far, the Oranje lie five points off an automatic qualifying spot.

Champions in 1988 with a stellar side boasting the likes of Marco van Basten, Ruud Gullit and Ronald Koeman, they last failed to qualify for a European Championship in 1984.

But they at least face a Latvia side who themselves face a huge task to qualify, having collected just three points from their five games.

Guus Hiddink's men ran out 6-0 victors in November, Klaas-Jan Huntelaar and Arjen Robben both scoring twice. Latvia qualified for Euro 2004 where they put in the same group the Dutch, who eased to a 3-0 win.

New Manchester United signing Memphis Depay should get a start for the Dutch after impressing in the 4-3 friendly defeat against USA, while playmaker Wesley Sneijder will be key in midfield.

Dutch defender Ron Vlaar, who is out of contract at Aston Villa, knows the importance of the game for his country.

"We want to put a line behind the loss to the Americans and turn our focus fully to the match against Latvia, where he have to win," he said.

One year after they opened their disappointing 2014 World Cup campaign with defeat to Italy, England can all but qualify for Euro 2016 with victory away to Slovenia in Ljubljana.

It should be straightforward for Roy Hodgson's men from here, but can they qualify by winning all 10 group games? 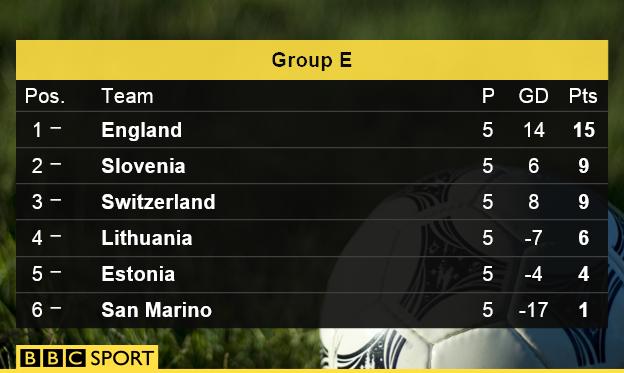 England won 3-1 when the teams last met in November at Wembley - all four goals coming from players wearing the Three Lions badge. Wayne Rooney (2) and Danny Welbeck scored in the right net, Jordan Henderson put past his own keeper.

Defender Miso Brecko, who plays in the Bundesliga for Cologne, is one of Slovenia's most experienced players. "England are not unbeatable - far from it - but a lot depends on us," said the 31-year-old former Hamburg player.

England goalkeeper Joe Hart is not getting carried away despite his side's lead at the top.

"We have won all our games so far but we have some tough games to come and Slovenia is definitely a tough game," he said.