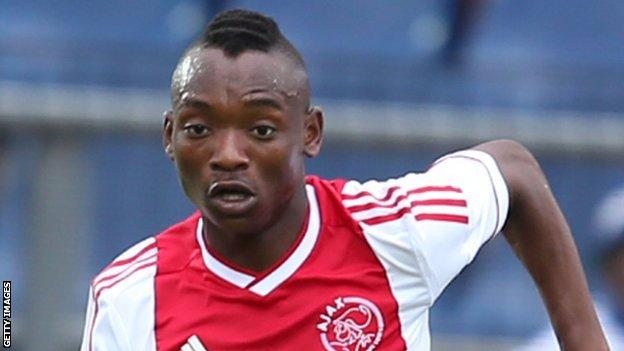 Zimbabwe earned a 2-1 win away to Malawi in their opening Group L qualifier for the 2017 Africa Cup of Nations.

Cuthbert Malajila opened the scoring after 23 minutes but the hosts hit straight back and Davi Banda restored parity a minute later.

Victory is a huge boost for Zimbabwe following their problems over players' match fees that had put the fixture in doubt.

Zimbabwe coach Kalisto Pasuwa told BBC Sport after the match: "We put our problems aside and we got a win. We need to bring Zimbabwean people together to help improve our football.

"We wanted to put our country on the map. We are having problems but let's consider our country in terms of football."

The squad had initially refused to travel, citing concerns that they would not receive their money from the cash-strapped Zimbabwe Football Association (Zifa).

Walter Magaya, the Prophetic Healing and Deliverance Ministries leader, stepped in to cover the $42,000 needed to cover the trip to Malawi.

In Group D, Uganda also got off to a perfect start by beating visitors Botswana 2-0.

Both goals came after the break, with Geoffrey Massa opening the scoring on 55 minutes and Brian Umony making sure of the points by doubling the advantage 11 minutes later.

Angola made a strong start to their qualification campaign, beating Central African Republic 4-0 in their Group B opener.

Gelson struck the first goal on 36 minutes and the lead was doubled 11 minutes after the interval when Dolly Menaga slotted home from the penalty spot.

On 63 minutes Gelson grabbed his second goal and the win was completed in added time when Gilberto scored his side's second penalty of the game.

Nigeria made hard work of beating Chad, overcoming the visitors 2-0 but also losing Ogenyi Onazi to a 79th-minute red card.

Fuad Gbolahan Salami struck the opener for the 2013 champions on 63 minutes and the Super Eagles added a second goal only moments after Onazi was sent off, Odion Ighalo winning a penalty and dispatching the kick himself.

It is a winning start in Group G for Nigeria but coach Stephen Keshi will be looking for his side to improve quickly - particularly given their failure to qualify to defend their title in Equatorial Guinea this year.

There was a worse result for another former champion, 2012 winners Zambia were held to a goalless draw at home to Guinea-Bissau.

The Chipolopolo were expected to ease past the visitors but have now given themselves plenty to do in Group E to make a recovery.

South Africa were also held to a surprising goalless draw at home by The Gambia in their Group M fixture in Durban.

This was The Gambia's first competitive match for two years, after their return to international football following a two year ban.

The match in Durban was delayed by four hours following the non-arrival of two match officials.

Cape Verde were emphatic 7-1 winners over Sao Tome and Principe in Group F.

The big-name stars were in form for Senegal, who eased past Burundi 3-1 in Group K. Swiss-based striker Moussa Konate, Stoke's Mame Biram Diouf and Southampton's Sadio Mane scored the goals for the Teranga Lions.

Algeria, the top-ranked African team, scored twice in each half for a 4-0 win over visitors Seychelles in Group J, with El-Arbi Hillel Soudani claiming two goals.

And there were also home wins for Burkina Faso - 2-0 victors over Comoros Islands - and Mali, who saw off South Sudan by the same scoreline.