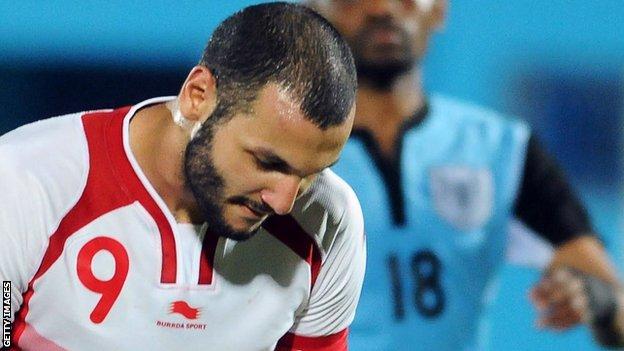 Tunisia thrashed Djibouti 8-1 as qualification for the 2017 Africa Nations Cup in Gabon began on Friday.

There was also success for Morocco, who edged Libya 1-0, but tiny Swaziland stunned Guinea in Friday's other match with a 2-1 win away to this year's Nations Cup quarter-finalists.

Tassine Chikhaoui scored a hat-trick for Tunisia in the first 25 minutes, beginning the rout with a ninth-minute penalty and adding two more goals in two minutes to put Tunisia 3-0 up.

Ferjani Sassi made it 4-0 by halftime with Saber Khalifa, Fakhreddine Ben Youssef, Maher Hannachi and Yoann Touzghar adding four more goals in the second half.

Djibouti got their consolation from the penalty spot through Mohamed Liban.

Morocco's Omar El Kaddouri scored a 51st minute goal to give them a 1-0 home win over Libya in Agadir and a winning start to their bid to reach the finals.

But in nearby Casablanca, Swaziland upset Guinea in a horror debut for former France World Cup great Luis Fernandez.

Diminutive attacker Tony Tsabedze scored both goals for the small southern African kingdom in a Group L clash, hosted in Morocco because Guinea are banned from staging international matches following the Ebola outbreak in the country.

Guinea's defeat capped a bad first week in charge for new coach Fernandez, who banned five players from internationals for failing to heed his call-up.

Friday's three games marked the opening salvoes in the 18-month preliminary campaign to determine 15 places at the next finals in Gabon.

Each of the 13 group winners qualify along with the two best placed runners-up.