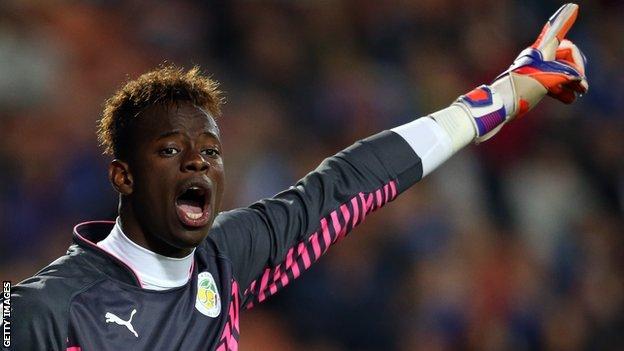 Senegal goalkeeper Ibrahima Sy is confident he can continue his penalty-saving heroics if needed in Wednesday's Under-20 World Cup semi-final against Brazil.

The 19-year-old emerged as a fan favourite early at the tournament with his exuberant displays as Senegal's last line of defence.

And his reputation was enhanced when he saved three spot-kicks in a shootout against Ukraine in the last 16.

That prowess may be put to the test against the Brazilians, who advanced to the last four after shoot-out victories in the last 16 and quarter-finals.

"I have a gift for saving penalties," Sy told Fifa's website. "I can't explain it. It's just something I have.

"On top of that, it's such a boost to keep goal for Senegal.

I'm proud of that. I'm a true Senegalese, so I'm a warrior. I give everything for my people."

While the West Africans are appearing at the tournament for the first time, Brazil have won the competition five times and despite unconvincing performances in the last two rounds will start as heavy favourites in Christchurch on Wednesday.

The winner of the match will meet either Serbia or Mali in the final in Auckland on Saturday. The two sides met in the group stage with Serbia winning 2-0.