The League Cup provides a chance for clubs outside the Premier League to have their moment in the spotlight, and it is an opportunity many have taken in recent seasons.

Who could forget Bradford City reaching the final as a League Two club in 2013? Or League One side Sheffield United narrowly losing to Tottenham at the semi-final stage last term? Or Will Grigg inspiring MK Dons to a 4-0 hammering of Manchester United?

Those chances for glory will await the 36 clubs that make it through their first-round matches in August.

Local rivalries, mammoth journeys and divided family loyalties - BBC Sport looks at some key fixtures in round one. 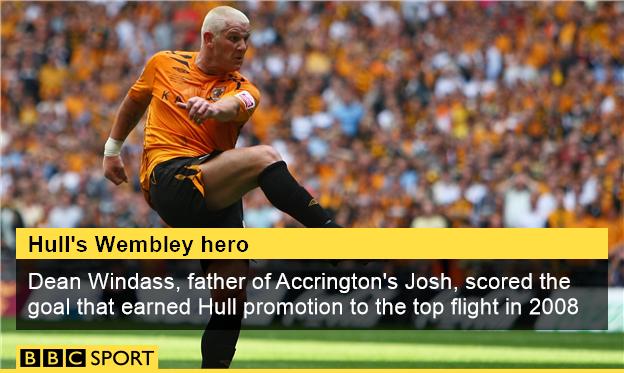 Accrington Stanley midfielder Josh Windass, son of former Hull striker Dean, is set to face the club where his father is now an ambassador.

Josh, 21, told BBC Radio Lancashire: "It's obviously a great draw for me and the club. Hopefully they'll bring a lot of fans down so there will be big revenue for the club as well.

"I think my dad will be supporting them to win, but will want me to do well I think." 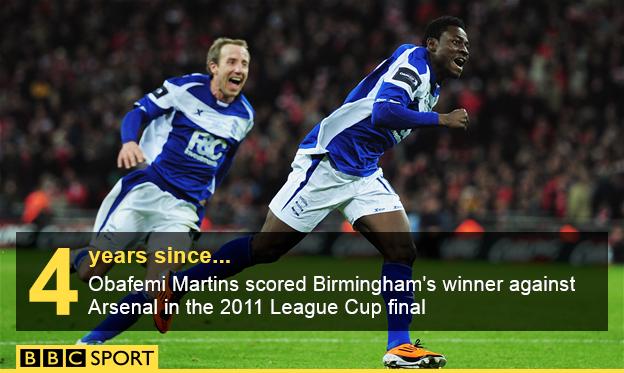 BBC Radio Bristol's Ed Hadwin: "It's only 18 months since these two teams last met, in the third round of the FA Cup. In that time, Rovers have dropped out of, and earned promotion back to, the Football League.

"And while there are seven players from that 3-0 defeat at St Andrew's still at the Memorial Stadium, the squad will be a lot more positive about their chances of getting a result this time around, such is the feel-good factor around the club at the moment." 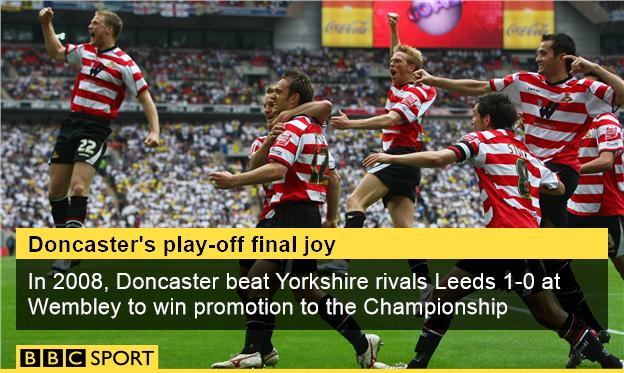 BBC Radio Sheffield's Andy Giddings: "Doncaster just love playing Leeds. It meant the world to Rovers fans when - in recent times - their side met Leeds as equals in League One and the Championship, so no cup fixture will have the same importance.

"However, after relegation to the third tier in 2014 and two failed takeovers, Doncaster have lost their stride a little.

"Victory over Leeds would represent a major fillip as they try to get back into the Championship." 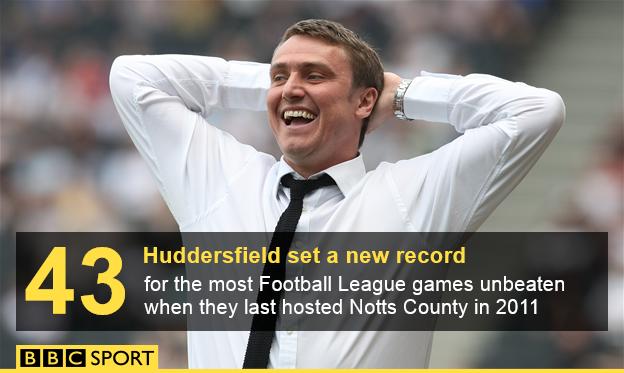 BBC Radio Nottingham's Colin Slater: "Last season, Notts went out at the same stage to a Championship side in Sheffield Wednesday and they were outclassed.

"This will be just as tough, if not tougher, being two divisions below their opponents this time.

"The school of thought saying there is nothing to lose could be relevant but it depends on the nature of the defeat. A big loss could really affect confidence.

"I would be surprised if Huddersfield do not play a strong side, but how strong Notts will be is difficult to see, given the apparent lack of transfer activity. Replacements are needed in midfield and up front before the season starts." 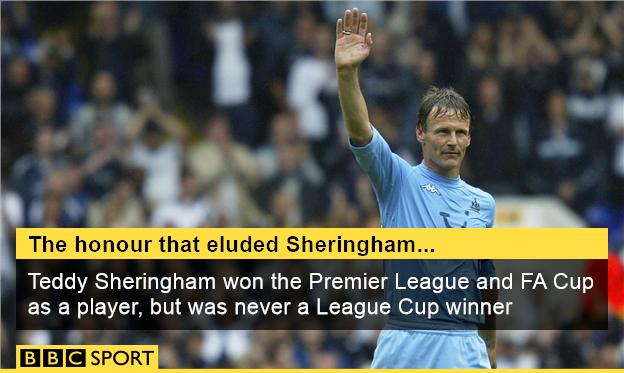 BBC Three Counties Radio's Geoff Doyle: "Stevenage may well have the most difficult draw of the round but it's one that new manager Teddy Sheringham will relish. Ipswich only just missed out on promotion to the Premier League last season, losing in the play-offs.

"Stevenage did beat the Tractor Boys in this competition two years ago, when Jordan Burrow and Filipe Morais scored in a 2-0 win at Lamex Stadium.

"The Sheringham factor makes this tie appealing as we still won't know by then what the former Manchester United and England star will bring to the Stevenage party this season." 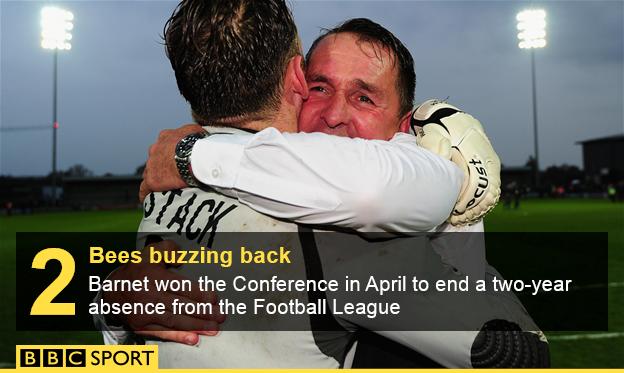 BBC London 94.9's Phil Parry: "Nothing says you are back in the Football League more than a mouth-watering League Cup tie, and a derby at Millwall will no doubt get Barnet excited.

"The Bees secured a trip to Manchester United a decade ago, and may fancy another run in the competition.

"As an ex-West Ham man, Barnet boss Martin Allen may get an interesting reception at The Den, but that will only fuel his desire to claim a higher-division scalp." 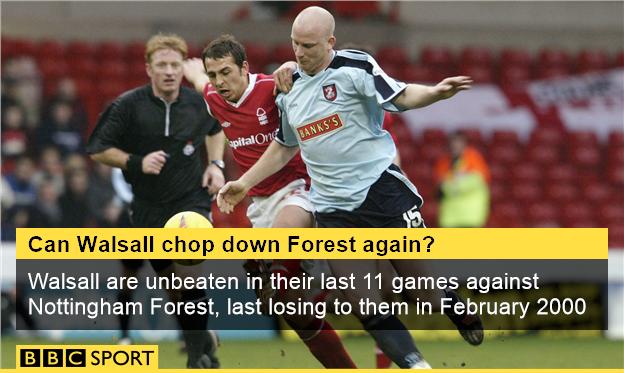 BBC WM's Mike Taylor: "Players and managers come and go, so why should historic results between clubs matter? And yet we all love a good footballing hoodoo, so this draw will put Walsall fans in good heart.

"The clubs haven't met for a while but, between 2001 and 2008, the Saddlers were unbeaten in 11 meetings with Forest, winning seven. There were some special performances among them too.

"We can't yet be sure what the Walsall team will look like in August, but no doubt manager Dean Smith will be keen to aim for the same style of play as in recent seasons.

"They've often looked more comfortable against better teams, so there's every reason for the Saddlers to travel with optimism." 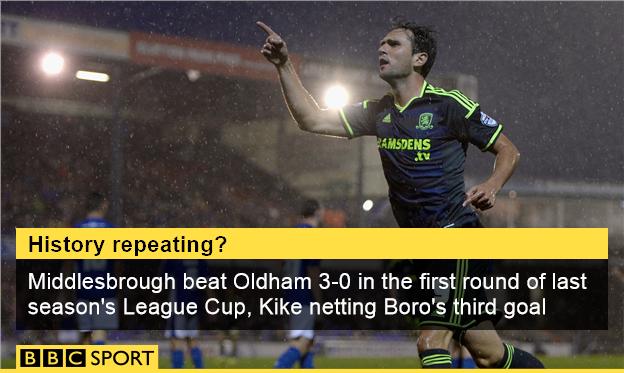 BBC Tees' Robert Law: "Middlesbrough will be looking to start the season strongly given the disappointment of missing out on promotion.

"They enjoyed a good run in the League Cup last season, progressing to the third round, only to lose 14-13 on penalties to Liverpool at Anfield.

"However, the question many Boro fans are asking is just how many of those players who stepped out on the field in the play-off final at Wembley will be around for the start of the new campaign.

"Players such as Patrick Bamford, Jelle Vossen and Tomas Kalas having returned to their parent clubs following successful loan spells at The Riverside." 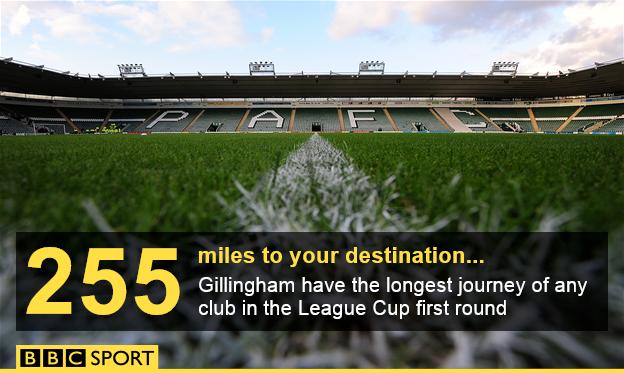 BBC Radio Kent's Matt Cole: "A round trip of more than 500 miles in the first week of the season probably wasn't Justin Edinburgh's ideal scenario before the draw was made.

"But the Gillingham manager might be encouraged by the club's recent record against Plymouth.

"They're unbeaten in the last six meetings, including the only ever League Cup tie between the two." 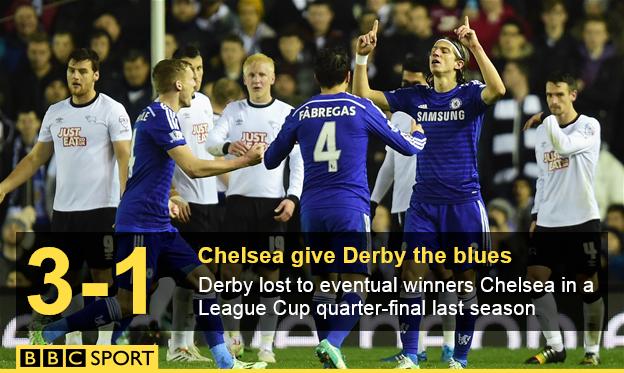 "The result increased optimism for a League Two promotion push, but it never materialised.

"Derby, under new boss Paul Clement, will be a tougher opponent than Peterborough were a year ago and should provide a stiff early examination of manager Paul Cook's new-look team." 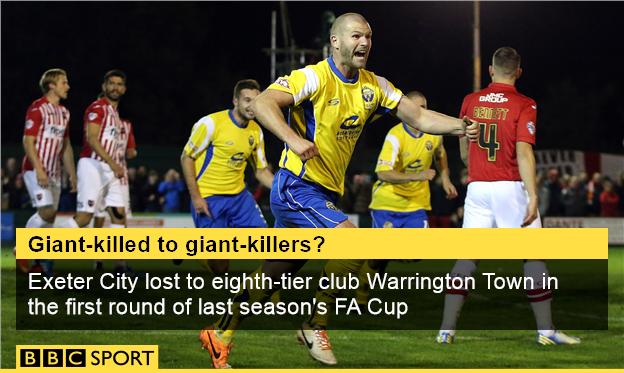 "This year, with the £1.75m the club got from the sale of Matt Grimes to Swansea, he has been steadily building a squad which he feels could challenge for promotion from League Two.

"A trip to the beaten League One play-off finalists in early August will see just how well his recruitment drive has gone."