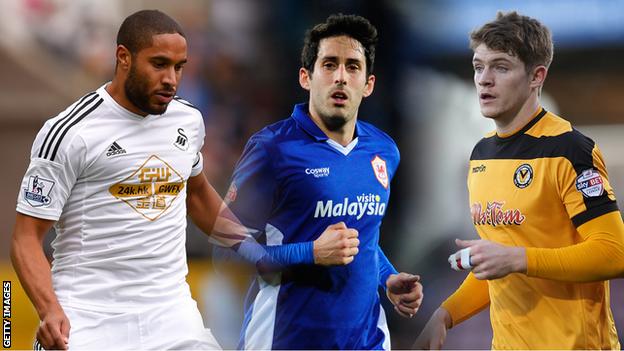 Swansea City will begin the 2015-2016 Premier League season away to champions Chelsea.

Garry Monk's side will visit Stamford Bridge on the weekend of 8-9 August before hosting Newcastle United the following weekend.

Terry Butcher's first competitive game as Newport County manager will be away to Cambridge United in League Two.

Swansea, who achieved their highest ever Premier League points total last season, are away to Sunderland on 22 August before Manchester United visit a week later.

United host the Swans at Old Trafford in the return match on 2 January in what will be a busy Christmas and New Year schedule.

Monk's side will be at home to West Bromwich Albion on Boxing Day before travelling to Crystal Palace two days later.

The season ends on Sunday, 15 May with Swansea at home to Manchester City.

Russell Slade's Cardiff visit Queens Park Rangers on Saturday 15 August after hosting Fulham on the opening day of the season.

The Bluebirds are away to newly promoted MK Dons on Boxing Day and welcome Nottingham Forest to the Cardiff City Stadium on 28 December.

Cardiff's first game of 2016 will be at home against Blackburn Rovers on 2 January while the season ends with Birmingham City visiting on 7 May.

After starting the season at Cambridge United, Newport's first home game will be against Stevenage on Saturday, 15 August.

Newport's final game of the League Two season will be at AFC Wimbledon on 7 May. 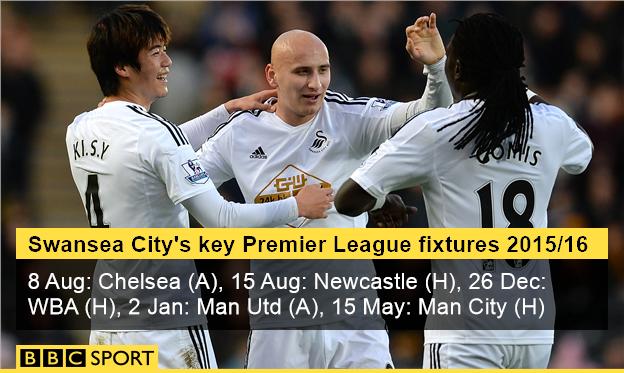 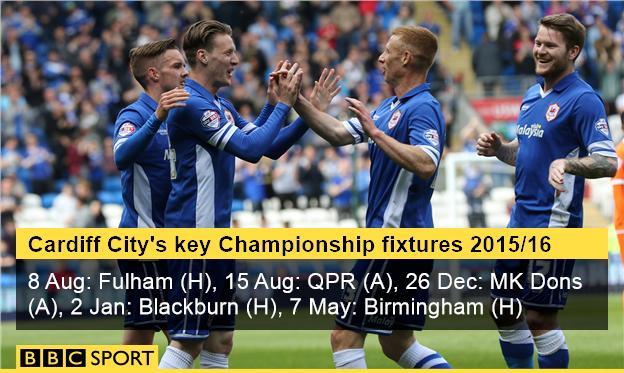 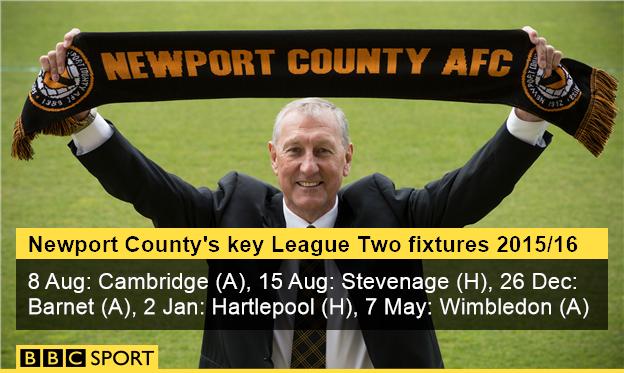