How comfortable would you be if your boss left and was replaced within a couple of days?

Most businesses spend many weeks or months trying to find their next leader or senior manager, yet that is not always the case in football.

Few other single roles can have such an impact on a business as the man that runs the playing side of a football club - a winning team makes money while a losing one gets relegated and jobs are lost.

Yet for many clubs it seems that no sooner has one manager gone, the next one appears.

So when Plymouth Argyle manager John Sheridan parted company with the League Two club last month many would have expected a new man to be in the role within a few days - Sheridan himself was appointed five days after the club sacked Carl Fletcher on New Year's Day in 2013 with Argyle in the bottom two places of the Football League.

But the club's owner James Brent had different ideas this time round - deciding to put the same appointment process for the manager of his football club as he would do for a senior role in one of his other firms. 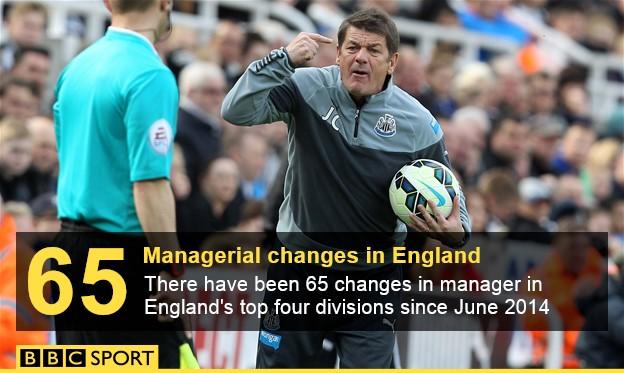 "The approach we took was we spent about an hour and a half at a board meeting going through all of the ideal characteristics that we could think of for a manager and we came up with a list of 11," Brent told BBC Sport.

"We didn't just wait for people to approach us. We approached all the people that we could think of who could be a good manager and who might fit those characteristics."

And those characteristics were not just the obvious, like coaching qualifications or an opinion on the merits of a sweeper system.

"We had things like connectivity within the game, public relations, youth coaching, community work. A whole variety of things which weren't about winning football matches," he added.

After a two-week process - almost a lifetime in football terms - they chose Derek Adams.

Hardly a household name outside of his native Scotland, the 39-year-old led Ross County to the 2010 Scottish Cup final and promotion to the country's top flight for the first time, as well as a spell as assistant manager at Hibernian.

And Brent says he wants his new manager to bring sustainability to his football club in the same way as his contemporaries at any of his other businesses, such as the clothing brand Saltrock.

"There we're not just about building year one profits, we're looking about building a brand and generating sustainable profits over a period of time," he said.

"We're going to work with Derek to aspire to create a football team that performs well and succeeds on the pitch, but does so in a sustainable fashion that can grow.

Playing the long-game in appointing a new manager is the best way forward according to Simon Kuper, co-author of the book Soccernomics.

"As soon as the previous manager is sacked, clubs feel they need to appoint someone instantly, so typically they draw on the reservoir of unemployed managers because those are the easiest to appoint.

"But you don't want to appoint such an important figure in a hurry," Kuper insists.

"You should spend a lot of time thinking about it, just as Arsenal decided Arsene Wenger was the right man for them 20 years ago, he wasn't immediately available so they said 'no problem, we'll wait a few months'."

And few can argue that Wenger's time at Arsenal has not been a success - three Premier League titles, six FA Cups, an appearance in the Champions League final and fans willing to pay some of the highest ticket prices in the land.

But is the manager really the most important appointment at a football club? 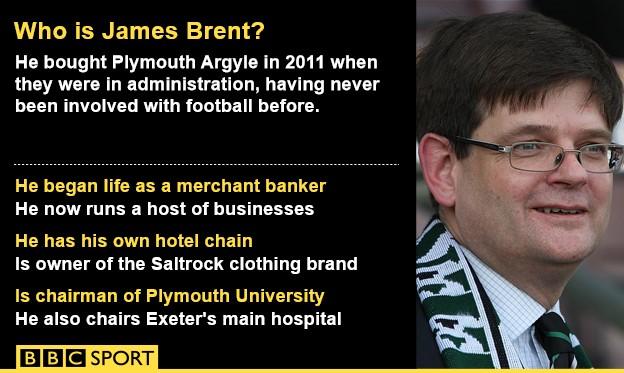 "I don't think managers matter as much as people commonly think," Kuper suggests.

"What determines a team's success is the wages of the players, so the more you can afford to pay your players, the better your team is going to be. That's why Manchester United are better than Plymouth, for example.

"Look at Chelsea's two Champions League finals - one they reached with Avram Grant, who was kind of in the job by accident because other people had been sacked, and the second was with a caretaker coach Roberto Di Matteo."

So will Plymouth's new approach actually help them out of League Two after what will be five seasons in the bottom tier of English professional football? Brent certainly thinks so.

"One of the skills I think to get a sustainably good football club is to think longer-term than the other guys, and that's what we're trying to do," he said.

"It's not just about winning promotion this year, although that's very important to us, but it's about doing more than that for the club.

"One of the criteria for Derek was not just about building a football team, but working with us to try and build a better football club.

"If you start thinking along those lines you get much closer to the type of thought process that we would be thinking about."

For Plymouth Argyle fans there is less than two months to wait before they can see whether this approach bears any more fruit.