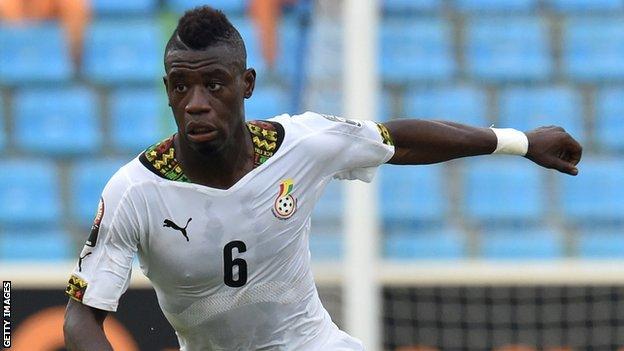 Ghana midfielder Afriyie Acquah has moved to Italian Serie A side Torino from German club Hoffenheim.

The 23-year-old has signed for an undisclosed fee until 2019.

Acquah joined Hoffenheim in 2013 but never played for the club as he was loaned out to two other Italian clubs - Parma and Sampdoria.

He was part of the Ghana squad at the 2014 World Cup in Brazil and the Africa Cup of Nations in Equatorial Guinea earlier this year.