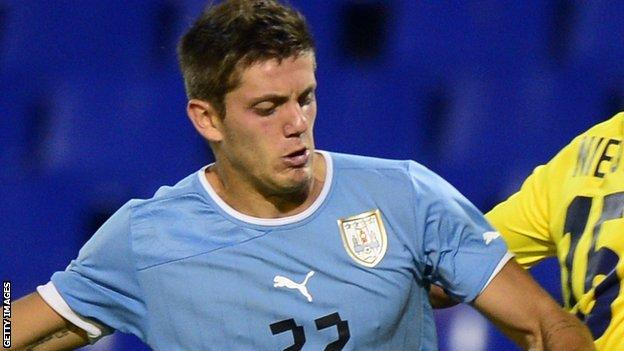 Cardiff City have terminated the contract of defender Maximiliano Amondarain "by mutual consent".

The 22-year-old was signed by former manager Malky Mackay in August 2013 on a four-year deal.

He was part of the Uruguay Under-20 squad that finished runners-up in the 2013 Fifa U20 World Cup, but did not break into the Cardiff first team.

"We would like to thank Maxi for his contribution and wish him the very best for his future," said a club statement.