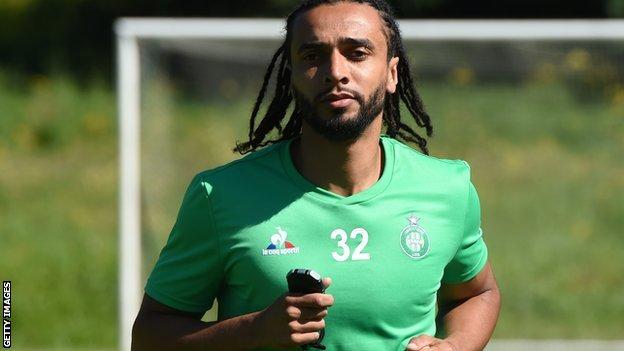 The 31-year-old has been without a club since leaving English Premier League club Tottenham Hotspur, where he spent nine years.

He did not play at all for Tottenham in the 2014-15 season and spent the previous season on loan with Queens Park Rangers.

"Officially at St Etienne so happy - back in football," he wrote on Twitter.

Assou-Ekotto has not played for Cameroon since the 2014 World Cup in Brazil when he was involved in an argument with his team-mate Benjamin Moukandjo and even appeared to headbutt him.