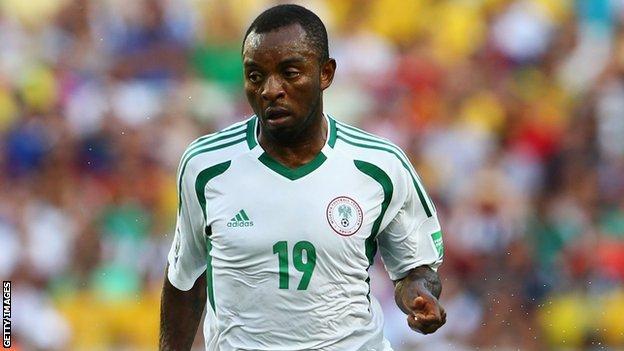 Nigeria's Sunday Mba has moved to Turkish second-tier side Yeni Malatyaspor from CA Bastia in France.

The 26-year-old moved to French side CA Bastia in January 2014 after Nigerian club Warri Wolves rejected an offer for him six months earlier.

His career has stalled since scoring the winning goal for Nigeria in the final of the 2013 Africa Cup of Nations in South Africa.

CA Bastia played in the third tier of French last season and Mba has not been a regular for the Super Eagles since 2013 and missed out on last year's World Cup in Brazil.