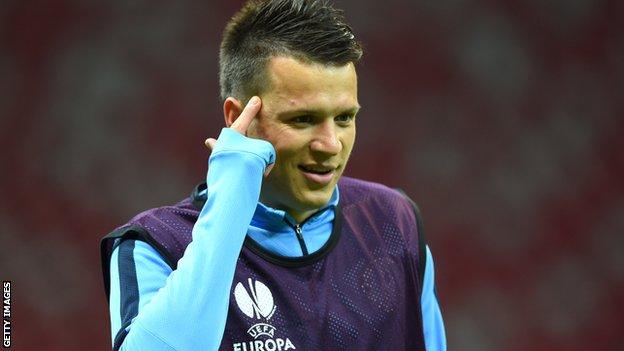 Sevilla have agreed to sign winger Yevhen Konoplyanka from Ukrainian side Dnipro.

Konoplyanka, 25, joined Dnipro as a 16-year-old and came close to joining Liverpool in January of last year.

He featured as Dnipro lost in the Europa League final to Sevilla in May but will now play for Unai Emery's side if he passes a medical.

Reports in Spain suggest Konoplyanka - capped 45 times by Ukraine - was out of contract at Dnipro last month.

Sevilla, who finished fifth in La Liga but will play in Champions League qualifying courtesy of their Europa League win, have agreed to sell their top scorer last season - Carlos Bacca - to Italian side AC Milan.

AC Milan defender Adil Rami is set to move to the Ramon Sanchez Pizjuan subject to a medical.