Glentoran made their anticipated exit from the Europa League when they lost 3-0 to MSK Zilina on Thursday night.

Having been beaten 4-1 at home in the first leg, Eddie Patterson's men knew they had little chance of reaching the second qualifying round.

The young Belfast team put up a good display in Slovakia but were hit by a Matej Jelic goal just before half-time.

The 24-year-old forward from Croatia, who scored in the first leg, completed his hat-trick in the second half.

Jelic struck on 66 minutes to make it 2-0 and added his third 11 minutes later.

Despite the heavy aggregate defeat, boss Patterson will see the Europa League adventure as a valuable experience for his players.

They will now turn their attention to their forthcoming Irish Premiership campaign.

The east Belfast side, sixth in the table last season, are away to Coleraine when the season starts on 8 August. 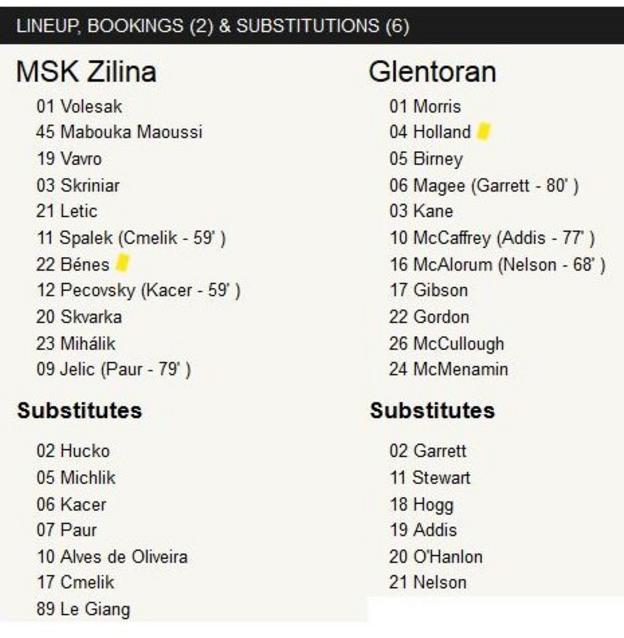