Irish Premiership side Glenavon have been knocked out of the Europa League 5-1 on aggregate by Shakhtyor Soligorsk of Belarus.

The Lurgan team lost Thursday's away leg 3-0, having lost 2-1 at home.

Alyaksandr Yurevich scored the opening goal with an eighth-minute free-kick which deflected off a defender and beat debutant keeper Jonathan Tuffey.

Nikolai Yanush scored on 66 minutes to make it 2-0 while Dmitri Komarovski got a third four minutes from time.

The game saw former Partick Thistle keeper Tuffey, 28, make his first appearance for Glenavon since his move from Linfield.

James McGrath had been in goals for the first leg but was unavailable for the trip to Belarus because he was getting married.

Gary Hamilton's Irish League part-timers, third in last season's Premiership, were facing an uphill task after a couple of errors which led to goals for Shakhtyor in the first leg at Mourneview Park.

Mark Patton pulled a goal back to give Glenavon some hope but they found themselves outplayed in the difficult second leg. 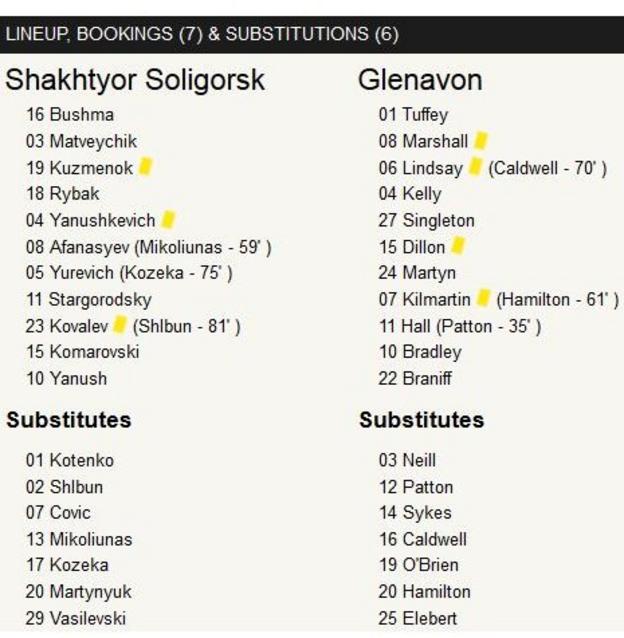