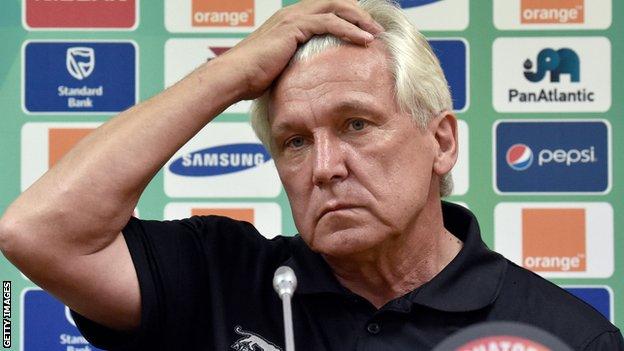 Henry Kasperczak has been appointed coach of Tunisia for a second stint, replacing Belgian Georges Leekens.

Kasperczak, who signs a three-year deal, had been on the final three-man shortlist to coach Ivory Coast.

The 69-year-old parted ways with Mali after this year's Africa Cup of Nations.

He coached Tunisia for four years from 1994, leading them to runners-up at the 1996 Nations Cup where they lost to hosts South Africa in the final.

The former Poland international coached Ivory Coast to third place at the 1994 Africa Cup of Nations and has also had spells in charge of Morocco, Mali and Senegal.

His latest job was a second spell with Mali that ended after the Nations Cup in Equatorial Guinea, where they failed to progress beyond the group stages despite being unbeaten.

The Eagles finished tied with Guinea in Group D but were eliminated after the drawing of lots to separate the teams.

Leekens left his post last month by mutual consent saying his vision for the future differed from the football association's.

The appointment means there are just two names left in the frame to coach Ivory Coast - Frenchmen Michel Dussuyer and Frederic Antonetti.

The Ivory Coast Football Federation originally said 69 people had expressed an interest in the job before cutting the list to five and then again to three.

Former Guinea coach Dussuyer, whose second spell with the Syli Nationale ended after this year's Nations Cup exit, when they lost 3-0 to Ghana in the last eight.

Antonetti's only overseas job was with Japanese side Gamba Osaka in 1998; otherwise he has worked with French clubs including three spells at his former side Bastia.