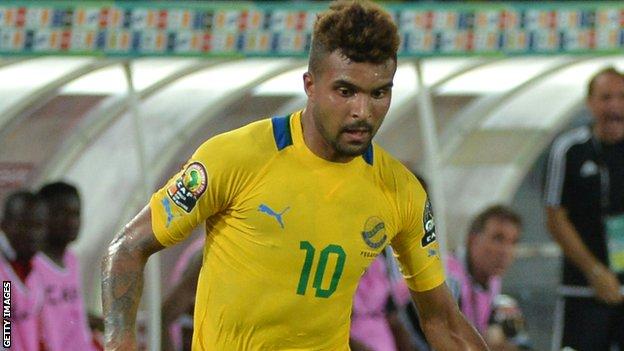 He was part of the Gabon squad at the Africa Cup of Nations in Equatorial Guinea earlier this year.

"The project outlined by the officials and coach attracted me immediately." he told the Reims website.

"It feels good to play in Ligue 1 again I can't wait to get back on the French pitches."

He was part of Monaco's youth set-up before spending the 2011-12 season at Caen.

Bulot also played for France at every youth level from under-16 to under-21 before committing his international future to Gabon.

"It's up to me to make my mark quickly to get get to know the squad well," he continued.

"I think my style of play, based on the tactics, will fit in well with this team."