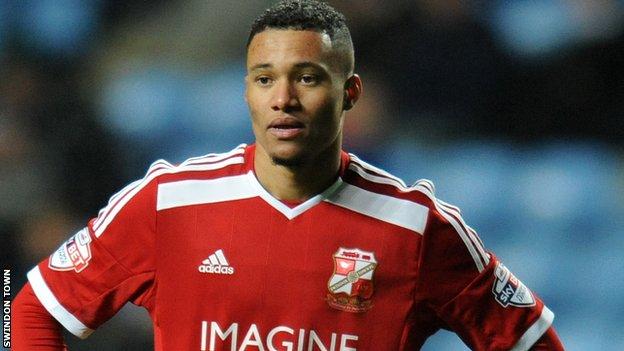 Swindon Town have been charged by the Football Association over the signing of Redditch striker Jermaine Hylton.

Hylton, 22, signed for Swindon on a free transfer in January from the Southern League club, where he scored 45 goals in two seasons.

Redditch complained to the FA about the approach for Hylton and League One Swindon have now been charged.

Hylton made 11 appearances for Swindon last season, scoring one goal, after years in non-league football.

A statement from the FA read: "It is alleged that on or around 1 January 2015, Swindon Town FC approached a player, Jermaine Hylton, without giving seven days' formal written notice to Redditch United FC, the club to which he was registered."