Italy qualified for Euro 2016 and kept up their unbeaten Group H record with victory over Azerbaijan in Baku.

The Italians went ahead when Sampdoria striker Eder slotted in from Marco Verratti's superb pass.

Having failed to make it through to Sweden in 1992, Italy - runners-up in 2000 and 2012 - have now qualified for six consecutive Euro tournaments.

Norway and Croatia will battle it out for second spot, after beating Malta and Bulgaria respectively.

The Norwegians are away to Italy in their final group game on Tuesday, while Croatia face a trip to Malta. 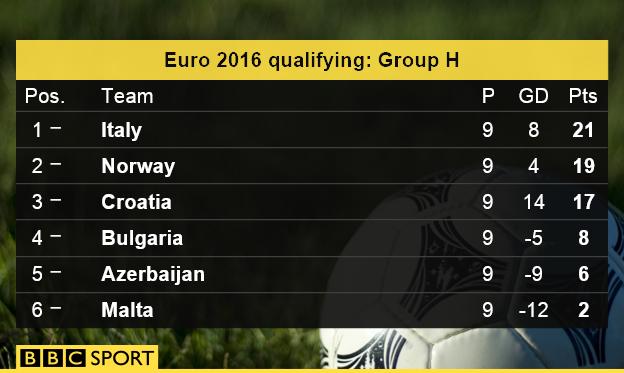