Serbia had two players sent off as they were beaten by Portugal in their final Euro 2016 qualifying group game.

Real Madrid forward Cristiano Ronaldo was rested for the match. 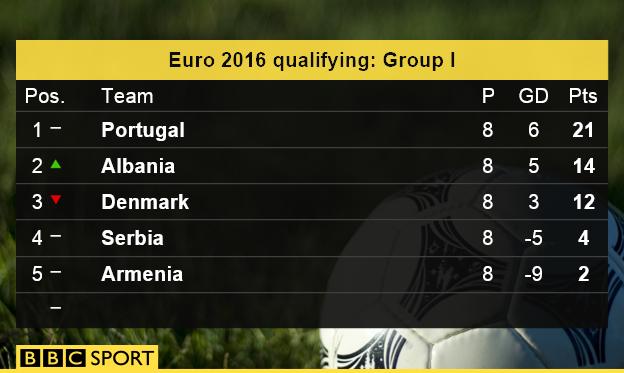