The Brazil international, who played at the recent Copa America, has signed a six-month deal.

The move sees the 31-year-old link up with Luiz Felipe Scolari, who had two spells as Brazil boss, as well as international team-mate Paulinho.

Former Tottenham midfielder Paulinho joined Guangzhou at the end of June and has made two appearances for the club.

Robinho, who will wear the number 60 shirt, made 53 appearances for Manchester City between 2008 and 2010 after joining the Premier League club for a then British record fee of £32.5m from Real.

He also played for AC Milan and Brazilian side Santos. 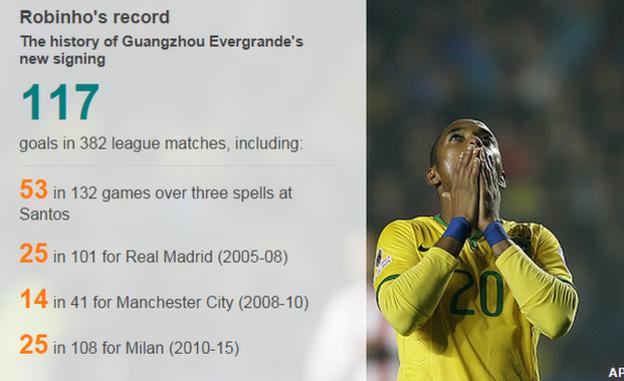