Season by season, Manchester City's academy products find themselves in a predicament.

Look over their shoulder and they see a fresh crop of players coming through. Look in front and they are cast in the shadow of the mountain that is an elite football club, the peak of which stands agonisingly out of reach.

For some, that may be daunting. Not, however, when your blood runs blue.

After spending pre-season on tour with the first team, the 20-year-old is more determined than ever to play in the Premier League with his beloved City.

"I was there at Platt Lane all the way through and I've seen a lot of changes in the club," he added.

"It's great to come in every day knowing that you're a Manchester City player and I really cherish it - I just want to work really hard and try to push to get into the first team." 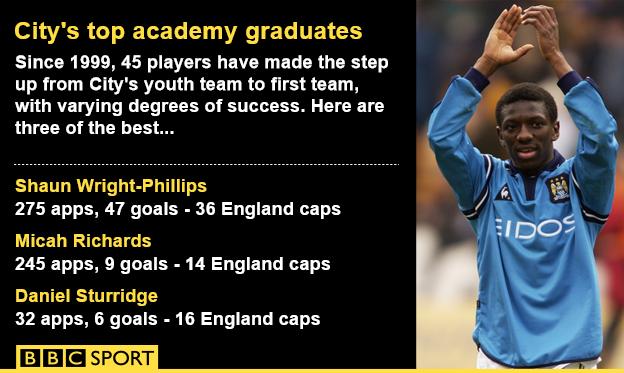 Since former boss Roberto Mancini granted him a place on the Amsterdam Arena bench for a Champions League match against Ajax in 2012, Evans has been knocking on City's first-team door.

The pre-season tour of Australia, Vietnam and Germany earlier this summer was a fruitful one for Evans, who enjoyed significant time and responsibility on the pitch.

A keen cricketer, the highlight of his summer was unsurprisingly playing against European stalwarts Roma and Real Madrid at the iconic Melbourne Cricket Ground.

"It was a great stage to play on. For the Real Madrid game there were 100,000 there, it's what you dream of as a kid," he told Blue Tuesday.

Back on English soil and entering a pivotal season in his City career, there is only one thing on his mind.

"It's been a good pre-season for me - I'm really hoping to get a breakthrough this season," he stated.

"I'm getting a bit of trust off the manager (Manuel Pellegrini). I really just want to work hard and put myself out and try to get into the team."

Drop down to come up?

With James Milner and Dedryck Boyata leaving City this summer, it left gaps in the club's list of home-grown players.

As a result, they signed young English talent in Raheem Sterling, 20, and 18-year-old Patrick Roberts from Fulham.

Although academy players have struggled to break through at City in recent seasons, Evans could look to right-back Kieran Trippier - who found himself trying to dislodge Pablo Zabaleta - as inspiration. 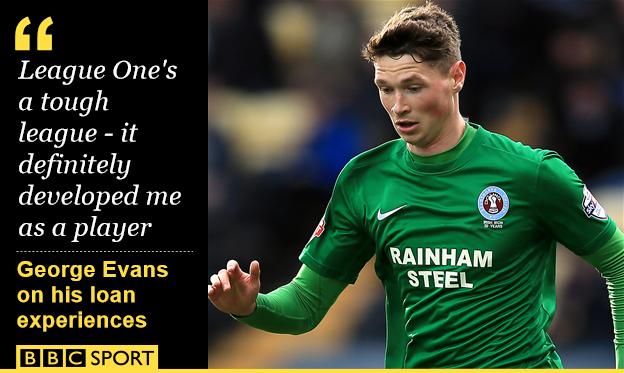 After nine years at City's academy culminated in winning the FA Youth Cup in 2008, Trippier had loan spells at Barnsley and Burnley before joining the Clarets permanently in 2012.

Three years and 185 appearances later, the 24-year-old is a Tottenham Hotspur player looking to establish himself at the top of the Premier League and in Europe.

Evans is looking up rather than down, however, and believes his League One learning curve was a beneficial step in his development.

"I enjoyed my time on loan at Scunthorpe," he said. "When you go on loan and play against men it's definitely going to help you.

"It was good to go and get some league games and I think it's definitely developed me as a player, both physically and technically."

What League One clubs cannot provide is the chance to train alongside World Cup winners in the finest facilities.

Asked who he looked up to in training, Evans responded: "Frank Lampard was definitely one of them, but now you don't look much further than Yaya Toure and David Silva.

"David talks to me a lot and Yaya's very helpful as well. They're some of the best players in the world and training with them every day is definitely going to improve you."

Evans patently possesses a burning desire to step out onto the Etihad Stadium pitch for the club he supports.

Having assembled a title-winning team of superstars from around the world, the final piece of City's jigsaw would be having a local hero for fans to call one of their own.

Sharing as much passion for City as those who would sing his name, Evans more than fits the bill.