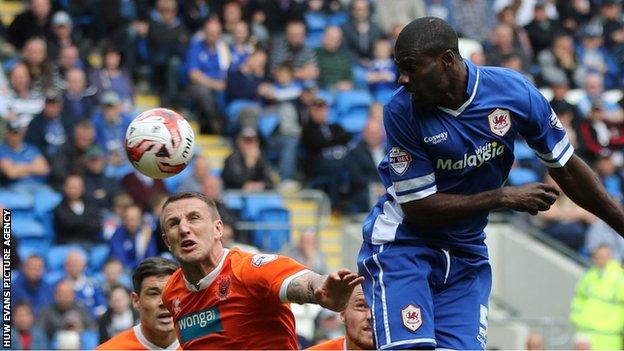 Bruno Manga and Anthony Pilkington scored as Cardiff City beat Israeli side Ironi Kiryat Shmona in a pre-season friendly in the Netherlands.

Centre-half Manga opened the scoring when he fired-in after a Peter Whittingham corner.

New loan signing Sammy Ameobi played half an hour for Cardiff in a match disrupted by a host of substitutions from both teams.

Cardiff play Sparta Rotterdam in their next friendly match on Friday, 24 July.