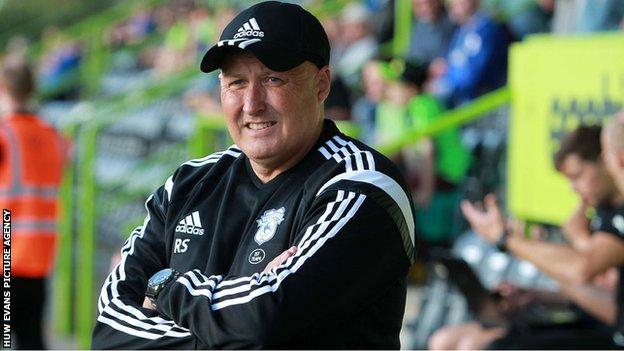 The former Bordeaux player appeared in the friendly with Forest Green Rovers and was part of the reserve team squad at Carmarthen Town.

The 19-year-old joins City on a two-year-deal having previously played for FC Girondins de Bordeaux.

Blaise will be part of Kevin Nicholson's U21 development side ahead of the new season.