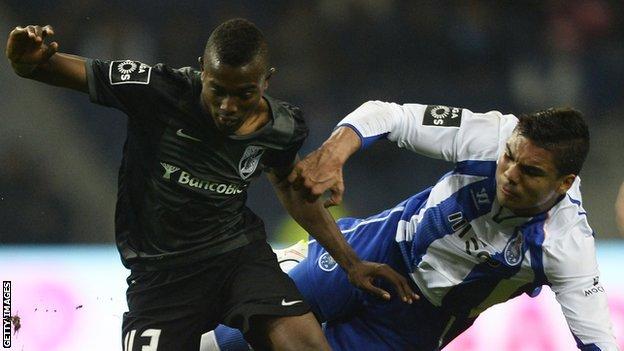 Ghana international midfielder Bernard Mensah has signed for Atletico Madrid on a long-term deal, the Spanish La Liga side said on their website.

The 20-year-old moves from Portuguese club Vitoria Guimaraes and has agreed a six-year contract.

However, he will spend the first year on loan at city neighbours Getafe.

Mensah, who scored five times in 30 games for Vitoria, made his debut for Ghana in a match against Togo on 8 June and scored the only goal of the game.