There are signs that Portugal forward Ronaldo does not see eye-to-eye with new Real Madrid coach Rafael Benitez, and criticised one of the former Liverpool manager's training drills. (Daily Mail)

Manchester United are on the brink of signing 27-year-old Barcelona forward Pedro and the deal could be sealed next week. (Daily Express)

But the Red Devils have been told that Barcelona will not accept anything less than £22m for the Spain international. (Daily Telegraph)

Arsenal and Tottenham are ready to battle it out for the signature of 26-year-old Borussia Dortmund forward Pierre-Emerick Aubameyang. (Talksport)

Manchester United target Sergio Ramos will hold talks with Real Madrid president Florentino Perez this weekend, who will tell the 29-year-old defender that the Spanish club do not want to sell him. (Guardian)

Meanwhile, United goalkeeper David De Gea, 24, has been told by manager Louis van Gaal to focus on facing Barcelona in a friendly in San Francisco on Saturday amid uncertainty over his future. (The Times - subscription required)

Norwich are set to bid about £2m for 24-year-old Fiorentina full-back Marcos Alonso - who used to play for Bolton.(Talksport)

Alternatively, Berahino is set to enter talks over a new contract despite interest in the 21-year-old from Tottenham and Arsenal.(Daily Star)

Former Arsenal midfielder Abou Diaby, 29, is set to have a medical with West Brom this weekend as he prepares to join on a free transfer. (Sky Sports)

Manchester United have suffered a blow in their attempts to sign Bayern Munich forward Thomas Muller, 25, and Real Madrid defender Sergio Ramos, 29, after being told the duo are not for sale.(Independent)

Chelsea boss Jose Mourinho will give winger Victor Moses, 24, a chance to resurrect his career at Stamford Bridge this season.(London Evening Standard)

Mourinho also claims that 24-year-old Wolfsburg midfielder Kevin de Bruyne, a £50m target for Manchester City, could not accept fighting for his place at Chelsea.(Daily Telegraph)

City midfielder Yaya Toure, 32, wants to stay at Etihad Stadium until the end of his contract and believes he can play until he is 40.(Manchester Evening News)

Steve Bruce's future as Hull manager will be decided this weekend after he held "positive" talks with owner Assem Allam.(Daily Mirror)

Hull are considering a move for 30-year-old midfielder Ryan Taylor, who is a free agent following his release by Newcastle earlier in the summer.(Sky Sports)

Former Chelsea midfielder Michael Essien, 32, says manager Jose Mourinho uses his ego to get the best out of his players.(Guardian)

Championship club Middlesbrough are in talks with Blackburn Rovers about signing striker Jordan Rhodes, 25, although owners Venky's are reluctant to sell him at any price.(Lancashire Telegraph)

Watford are close to their 10th signing of the summer after Dutch side AZ Alkmaar said they have come to a verbal agreement with the Hornets over the transfer of winger Steven Berghuis, 23.(Watford Observer)

Liverpool midfielder James Milner, 29, is excited about 19-year-old Jordon Ibe's potential but says the teenage forward shouldn't be burdened with the tag of being 'Raheem Sterling's replacement'.(Liverpool Echo)

Real Madrid forward Cristiano Ronaldo has made sure he is nice and loose after training with some gruelling stretches. He posted a picture of himself on Instagram with a the message "stretching time" while giving the thumbs up.

Former England defender Phil Neville is still getting used to life in Spain having become Valencia's assistant manager. He tweeted: "First game of the season vs Rayo Vallecano kicks off at 22.30 - normally had a good hour of sleep by that time!!!"

After West Ham scraped through their Europa League second-round qualifying tie with Maltese side Birkirkara on penalties the club diplomatically decided not to canvass votes for a man of the match on Twitter. 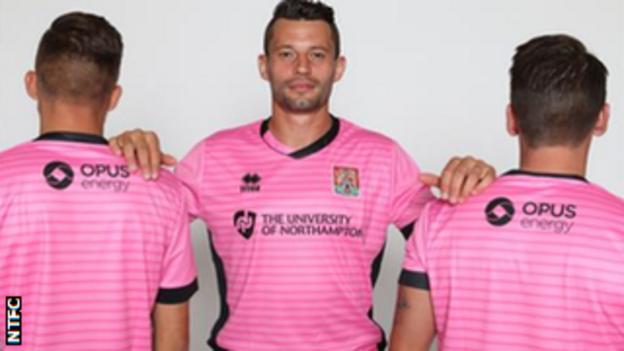 Robin van Persie's son Shaqueel has followed in his father's footsteps and joined Fenerbahce. The ex-Manchester United striker's son had been on the books of Manchester City but has left for the Turkish club's academy following the family move to Istanbul. (Turkish-football.com)

Mexico defender Paul Aguilar pulled off one of the most embarrassing dives ever during his side's controversial Gold Cup semi-final against Panama. (Metro)