Wales were the team everyone wanted from Pot One of the highest-seeded teams in Saturday's draw for 2018 World Cup qualifying.

Austria, Serbia, Republic of Ireland, Moldova and Georgia might be relieved to have avoided the likes of Germany or Spain.

But Wales boss Chris Coleman knows his side could have done a lot worse after being drawn at the top of a competitive Group D.

Serbia holds some unhappy memories for Coleman, whose lowest ebb as Wales boss was the 6-1 defeat by the Serbs in Novi Sadd in September 2012 at the start of the last World Cup qualifying campaign.

But Coleman admits it was a watershed game for him and he instigated what has been a successful change in his approach as manager following the heaviest defeat of his reign.

Austria are the second seeded team in the group and, with a world ranking of 15th, are only a handful of places behind 10th-placed Wales.

They are a side on the up but so are Wales and Coleman's team chalked up a 2-1 win over Austria at the Liberty Stadium, Swansea, the last time they met in February 2013. 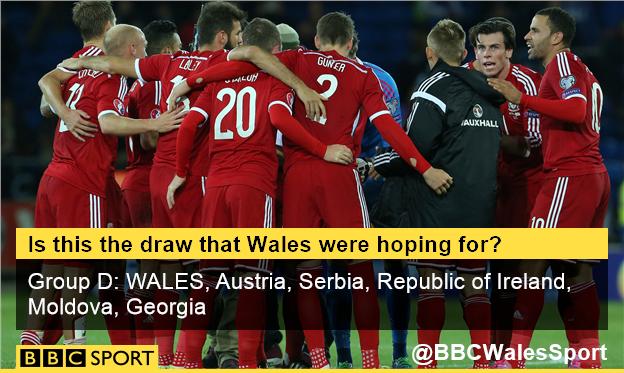 There are also happy memories for Coleman as a player against Austria. The former defender scored against them in the first of his 32 international caps.

So while the group will certainly be a test, Wales have avoided France and Italy - the giants lurking among the second seeds.

The games against Pot Four side the Republic of Ireland are derbies in international terms, making travel easy for the growing band of Wales fans and their Irish counterparts.

That is a marked contrast to the journey involved to play the lowest-ranked sides in the group - Moldova, on seeding the worst side from Pot Five, and Georgia from Pot Six.

It is more than 20 years since then-manager Mike Smith saw his Wales team humbled in Kishinev by the fledgling state of Moldova.

Bobby Gould soon succeeded Smith and kicked off his reign with victory over the Moldovans, thanks to a goal from the late Gary Speed.

Wales have never beaten Georgia but the team today is a shadow of the side that played their first football encounter with Wales - also in 1994 - when Georgi Kinkladze and Temur Ketsbaya hammered a side including Coleman 5-0 in Tbilisi.

The Wales delegation enjoyed their time among football's aristocracy in St Petersburg, but for Coleman this draw was something of a distraction.

Even in interviews after the draw Coleman was focussed on his current task - to ensure Wales qualify for the finals of Euro 2016 in France next summer. 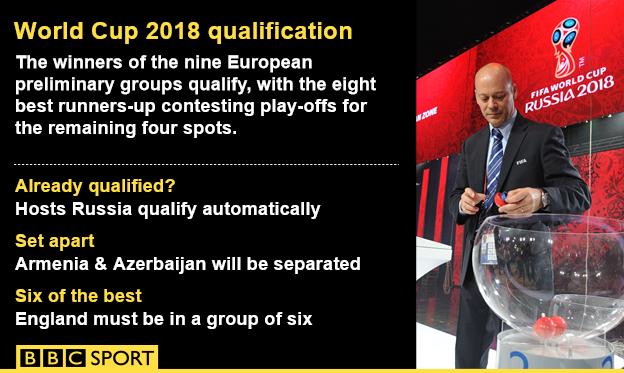 They hold a three-point lead in Group B with four games remaining, needing to finish in the top two to secure their place at a major finals for the first time since 1958.

If qualification can be completed the Football Association of Wales (FAW) will then sit down and talk about extending the manager's contract, which expires next summer.

Coleman, his assistant Osian Roberts and the FAW hierarchy are driven by the quest to make France.

But if Gareth Bale, Ashley Williams, Aaron Ramsey and the other Wales players can complete the qualification job they have started so strongly, it will take something out of the ordinary to tempt Coleman away from Wales and back into club football.

If qualification is achieved, the FAW will surely look to a settled future and reward the passionate Welshman with a new contract.

Wales are getting stronger and stronger - a view shared by 2010 World Cup Golden Ball winner Diego Forlan, the former Uruguay and Manchester United striker who was in St Petersburg as a draw assistant.

The current Wales squad is still reasonably young in age, though experienced in terms of caps.

If they were to get to France and cope well, the best may yet be to come for the current crop - just in time for the start of the 2018 World Cup qualifiers.