Manchester United's hopes of signing Real Madrid centre-back Sergio Ramos appear to be over with the 29-year-old set to agree a new contract with the Bernabeu club. (Daily Mail)

Barcelona forward Pedro, 27, wants to leave for more first-team football and could join Manchester United for 30m euros (£21.4m) but Barca manager Luis Enrique is against the move. (Marca) 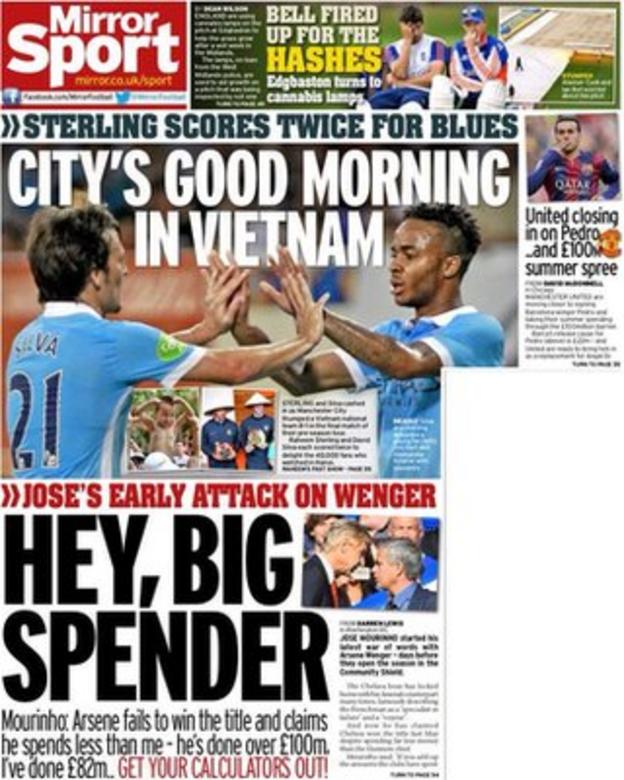 Wolfsburg say they do not need to sell Belgium midfielder and Manchester City target Kevin de Bruyne, 24, as they are not a "selling club". (Daily Mirror)

De Bruyne, though, has said he is keen to join Manchester City and admits he is unsure where his future lies. (Daily Star)

Newcastle do not want to pay QPR's £15m asking price for striker Charlie Austin but will bid £13.25m for the 26-year-old. (Daily Express)

Manchester City have negotiated a £10m compulsory purchase agreement and a 20% sell-on clause in the season-long loan deal Stevan Jovetic, 25, is set to sign with Inter Milan. (Daily Telegraph)

Southampton's attempt to bring defender Calum Chambers, 20, back to the club on loan from Arsenal has been rejected by Gunners manager Arsene Wenger. (Daily Mirror)

Saints are also trying to sign QPR defender Steven Caulker, 23, on loan with a view to an £8m permanent deal. (Daily Mail)

Manchester United defender Marcos Rojo, 25, is set to be fined £140,000 - two weeks' wages - after passport issues prevented him from linking up with the club during their pre-season tour of the United States. (Daily Mail)

Premier League newcomers Bournemouth must follow the example of Swansea to succeed in the top flight, according to Cherries manager Eddie Howe. (Daily Express)

England manager Roy Hodgson will meet with Football Association chief executive Martin Glenn in the next few weeks to clarify when his future will be decided. (Independent) 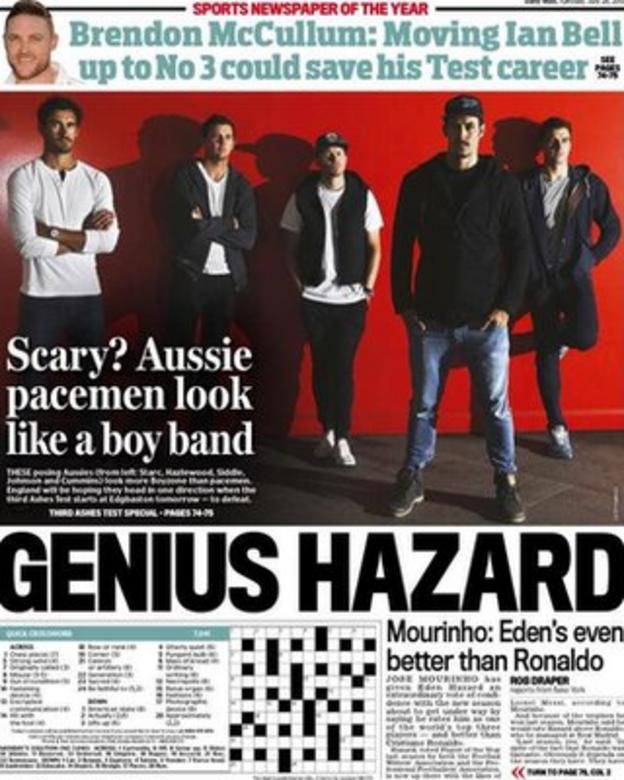 Former Liverpool defender Mark Lawrenson fears the Reds could be "undercooked" for the new campaign because of facing a lack of quality opposition in pre-season. (Liverpool Echo)

Burnley are facing a fight from Nottingham Forest to sign their midfielder Henri Lansbury, 24. (Lancashire Telegraph)

Following Stoke City's signing of another ex-Barcelona player in Ibrahim Afellay, Talksport tweeted: "First Bojan, now Afellay...who's next?! Fans shocked as Barcelona forward joins Stoke." Potters midfielder Charlie Adam decided to answer and replied: "They have a couple players up front that are not bad."

Manchester United manager Louis van Gaal hinted at a "surprise" signing earlier this month. Could forward Memphis Depay have revealed who it is after posting a picture on Instagram of him chatting to Everton forward Romelu Lukaku? He wrote: "Me and @romelulukakubolingoli10 in an conversation. See you soon B."

Liverpool posted a picture of Emre Can, Philippe Coutinho and Christian Benteke on their Twitter account along with the message: "Adam Lallana can't wait to link up with 'world class' talent waiting back at Melwood." However, the original picture also featured Mario Balotelli before he was cropped out. (Metro)

Bournemouth are studying the social media history of their transfer targets as manager Eddie Howe looks to make sure any new players have the right personality. (Times)