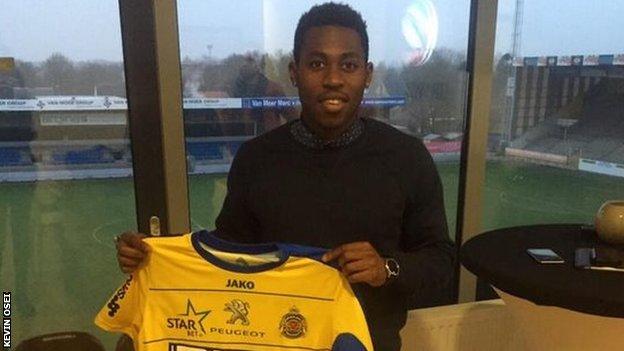 France-born Ghanaian Osei, 24, was given a trial at Brunton Park earlier this summer and scored one goal in four friendly games for the Cumbrians.

Osei, who made one appearance for Marseille, also played for French team Aviron Bayonnais on loan.

"We've known about Kevin for a while," head of recruitment Lee Dykes told the club website.

"He's a striker who can also play out wide and he's one who can catch the eye when he's on his game."