Will Keane went closest for North End, with his first-half effort cleared off the line by George Friend.

Joe Garner missed a injury-time chance to win it for Preston, heading wide after meeting a Greg Cunningham cross.

Just 76 days after failing to reach the Premier League following their play-off final defeat by Norwich at Wembley, Aitor Karanka's Boro were looking to make a positive start to their seventh successive season in the Championship.

Stewart Downing, who returned to Teesside in the summer six years after leaving Boro, played the full 90 minutes at Deepdale but was well marshalled by Preston throughout. 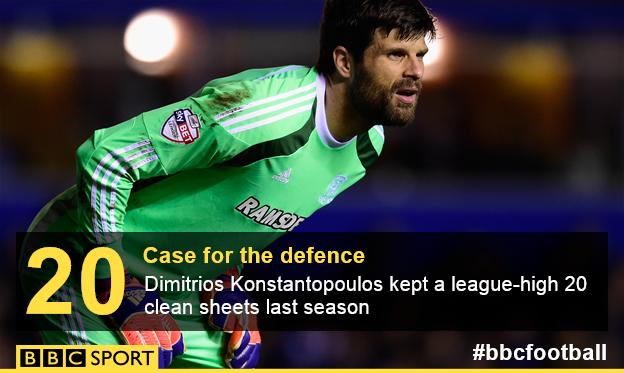 Leadbitter carved out and then drilled the clearest early chance wastefully wide, having made room for himself to shoot from 10 yards.

Preston, who won promotion as League One play-off winners, settled back into the second tier quickly and went close to taking the lead on 28 minutes, only for Friend to clear off the line after Keane pounced on a loose ball from a free-kick.

Moments later, Garner put penalty shouts aside momentarily to leap up from a Friend tackle in the box and fire directly at Dimi Konstantopoulos after the goalkeeper spilled a cross.

The visitors piled early second-half pressure on Preston, with Kike seeing a near-post header deflect just wide before Daniel Ayala sent a free header off target from the resulting corner.

While there was little to trouble either goalkeeper - Preston had two efforts on target and Middlesbrough had none - North End's defence remained focused enough to prevent Albert Adomah from scoring after the Ghana winger met Diego Fabbrini's pass before rounding Pickford.

North End's back-line again foiled Adomah late on, while at the other end striker Garner nodded off target after doing well to meet Cunningham's centre.

Preston manager Simon Grayson: "I thought the players worked extremely hard, carried out the game-plan and on another day we could quite easily have had a couple of goals.

"We've limited Middlesbrough to no shots on target, which is some achievement given the players they've got.

"Overall, I'm really satisfied with a really professional performance but also some good quality at times."

Middlesbrough head coach Aitor Karanka: "I said before the game we would be making a big mistake if we think every game will be easy.

"They played very well and were very well organised defensively, and they wanted the ball more than us so we have to improve.

"I am not making excuses. I have a squad that I imagine is better than theirs and they played better than us. They were very well organised and we couldn't play in our way."