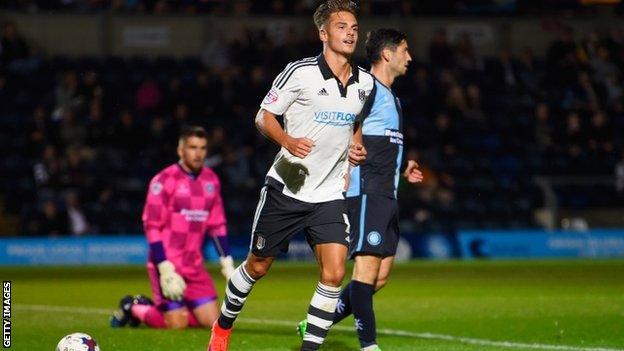 Championship side Fulham reached the League Cup second round with victory at League Two Wycombe Wanderers.

Alexander Kacaniklic scored on the counter attack with half-an-hour to play to settle the contest.

Ross McCormack saw a goal ruled out for offside in the first half as Fulham made five changes from the team that drew 1-1 at Cardiff on Saturday.

Wycombe created several chances but were unable to convert them, with the best falling to Garry Thompson.

"I thought we were well worth the game tonight and we pressed them really well. There was a few million pounds running around on that field for Fulham tonight and we gave a great account of ourselves.

"There were a couple of knocks which worry me but I'm not going to fault anyone tonight and if we play how we did tonight in the league we will definitely win more than we lose.

"I have said it before and I'll say it again, injuries and suspensions will kill us, so preparation and recovery is key for us this season. The loan market is going to be big for us again and we will have to bring in players to cover certain positions."