Watford are still waiting for their first Premier League victory since 2007 after they were held to a goalless draw by West Brom.

The Hornets dominated the match but could not break through a well-organised West Brom defence.

Odion Ighalo had the hosts' best chance but put a diving header wide from six yards.

West Brom could have stolen the points but Saido Berahino missed a clear headed chance five minutes from time. 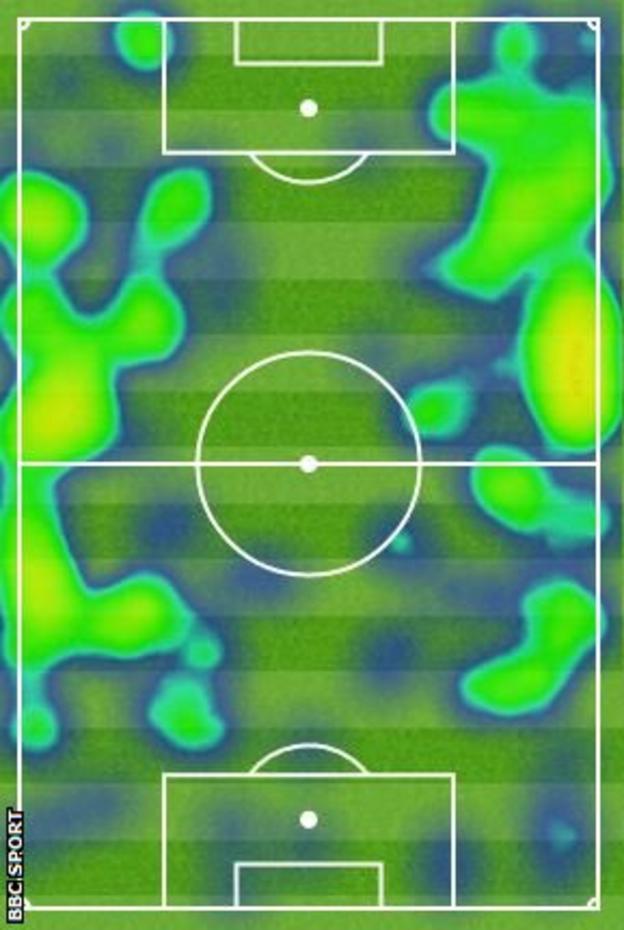 While Watford remain unbeaten - unlike the other two promoted clubs - they will be disappointed not to have taken three points after an enterprising display.

With Jose Manuel Jurado pulling the strings in midfield and strikers Ighalo and Troy Deeney combining well, Quique Sanchez Flores' side created a number of chances.

Jurado curled a free kick inches wide and Ighalo saw a shot tipped over by Boaz Myhill after latching on to Deeney's knock-down.

Full-backs Allan Nyom and Ikechi Anya were a constant attacking outlet and it was a typical Nyom surge that led to another good chance for Ighalo, who nodded Almen Abdi's cross wide.

The heatmap shows just how far up the pitch both Watford full-backs Nyom and Anya got but the Hornets were not able to capitalise in front of goal.

Although West Brom's point lifts them off the bottom of the table, it was another disappointing display after their 3-0 defeat to Manchester City in the opening match.

Tony Pulis made three changes from that game, and gave a debut off the bench to £12m record signing Salomon Rondon, but it failed to revitalise the Baggies, who did not muster a single a shot on target.

They did have an excellent late chance but Berahino could not direct his header on target after Rickie Lambert headed Chris Brunt's cross back across goal.

West Brom manager Tony Pulis: "We talked about Watford starting at a high pace and we looked like it was a surprise [to us]. But we restricted them to few chances. The changes made a bit of a difference. This is their cup final in a lot of respects. It was a wonderful atmosphere."

Watford manager Quique Sanchez Flores: "I am happy with the performance of the team. We tried to find space to attack and created chances. The players feel good and are full of confidence. They are competitive in the matches.

"Most important is that the fans are happy. We are working like a club, like a family."