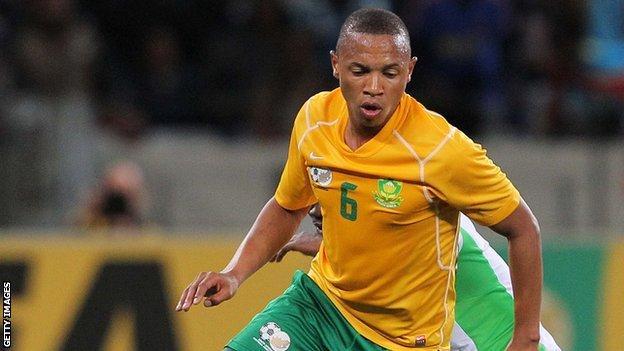 Just over a decade ago, Igor Stepanovs was the odd man out when the Latvian centre-back started the 2004 Belgian Cup final for Beveren alongside 10 African team-mates in a match billed as 'Brugge against Ivory Coast'.

Beveren, from the outskirts of Antwerp and since dissolved, was the partner of the Abidjan-based academy of Jean Marc Guillou and a staging ground into Europe for the likes of the Toure brothers, Emmanuel Eboue, Boubacar Barry, Arthur Boka and Gervinho.

The academy moved a myriad of players to Belgium and that final against Brugge marked the high point in the African invasion.

Belgium has always been a popular destination for African footballers but never as prolific as the days of Beveren - until now.

KV Oostende, based on the coast in West Flanders, are this season competing with nine Africans from nine different countries.

Led by their Cameroonian captain Sebastien Siani, who is a 28-year-old defensive midfielder, the club have on their books for the current campaign:

"We are a big family. The whole squad get along well with each other and the Africans are an integral part of it all," Loemba told De Standaard newspaper.

Two wins and a draw from their opening three games have placed Oostende joint-top of the table in the early stages of the new Pro League campaign.

This is the first time Oostende have earned a third successive season in the top flight in Belgium and the outlook of the cub has changed from survival to now proving to be competitive.

"Last season we also started well but then had a spectacular fall. Now we need to get rid of those periods where we lack productivity and bring more consistency to our game," said coach Yves Vanderhaeghe in a separate interview.

Jali, who runs the Bafana Bafana engine room, is the club's star player after his move 18 months ago from Orlando Pirates.

And Musona, who arrived after failing to make the grade in the Bundesliga, has been among the early season goals and is also proving a fans' favourite.

But Jali does not like the limelight. He said: "I'm no star and I don't pay much attention to all that. The only thing that counts for me is my football. It doesn't matter I'm playing barefoot in the veld or in a stadium in front of 40,000."

Akpala is another with Bundesliga experience as Oostende have grown their club budget almost double in the last two years and have been able to offer more enticing deals. He left Brugge for Werder Bremen three years ago but did not make it in Germany and also lost his place in the Nigeria team.

Akpala arrived along with another new striker in Gohi Bi, who has taken a 40% pay cut from his time at Anderlecht to get regular game time.

Antwerp-born Lukaku is eligible to play for the Democratic Republic of Congo because that is where his parents hail from, even though he is a Belgian youth international.

He is attempting to kick-start his career after emerging through the youth ranks at Anderlecht but failing make the grade.

"He worked very hard in the pre-season and I think we've been able to add self belief to his game," says Vanderhaeghe of Lukaku's potential.

Lukaku, who "feels African" and hints a DR Congo call-up would be of interest, said: "I have to work more on my statistics, assists and goals. I've got to get the ball more and carry it forward."

Gabon goalkeeper Ovono has become exceedingly popular with fans for his efforts at attempting to speak the local Flemish dialect. A local pub recently created a cocktail in his honour, made up of chocolate gin, rum, banana and brown sugar.