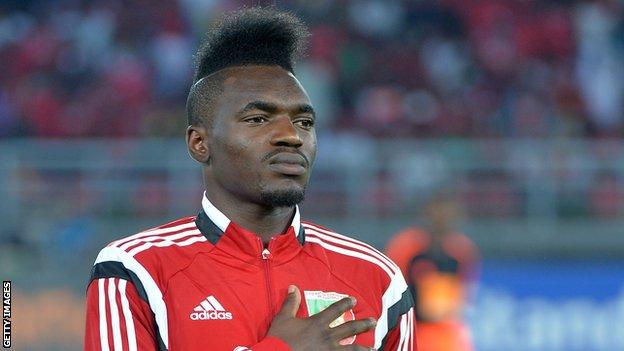 "Granada Football Club annouces that an agreement has been reached with RCD Espanyol for a year-long loan with an option to buy Thievy Bifouma," a club statement read.

The 23-year-old scored four times in 30 appearances for Almeria last season as they were relegated.

He has previously enjoyed spells at Las Palmas and West Bromwich Albion.

Bifouma was joint top-scorer with three goals at the 2015 Africa Cup of Nations as Congo reached the quarter-finals, losing 4-2 to neighbours DR Congo.

The player has already begun training at Granada as they prepare for their season opener on Monday against visiting Eibar.