Wolves head coach Kenny Jackett has reiterated they have no intention or need to sell striker Benik Afobe.

The Championship club have rejected an offer from Premier League Norwich City for the former Arsenal forward, 22, who has scored three goals in four games so far this season.

"It's not a situation where we're looking to move players in or out."

Afobe joined Wolves from Arsenal in January and has scored 16 times in 25 appearances for the Molineux side.

That return has thrust him into the spotlight and triggered debate over his potential future, with the Canaries the first club to make a firm bid.

But Wolves issued a statement on Wednesday outlining their position, saying neither Afobe "nor any of Wolves' first team forward players, will be sold this season," adding that Afobe had become a "key" player in their plans for this season.

Afobe netted Wolves' opening goal in Wednesday's 3-2 home defeat by Queens Park Rangers and Jackett is adamant he will not be negatively affected by the talk about his future.

"No, he'll be flattered by the speculation," Jackett said.

"He'll concentrate on his Wolves career and scoring goals for us." 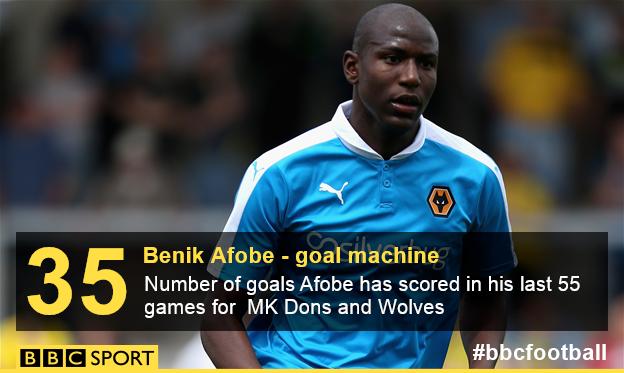