Ebecilio has scored 10 goals in 60 appearances over the last two years.

The 21-year-old Rotterdam-born midfielder spent much of his youth career at Arsenal before joining FC Twente in July 2013.

Ebecilio said on Twitter: "It's official! This coming year I'll play for @Official_NFFC on loan! Looking forward to it."

Forest had been set to sign forward Michael Frey from Lille but Reds manager Dougie Freedman announced on Tuesday this deal would not be going ahead. 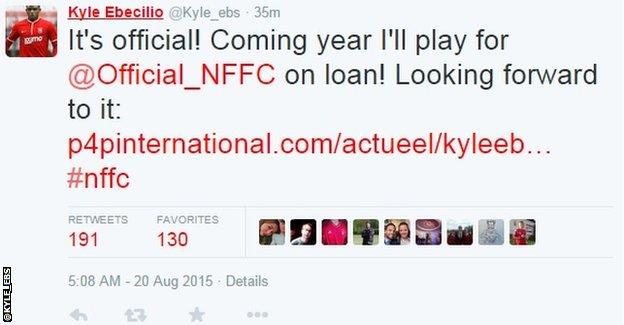