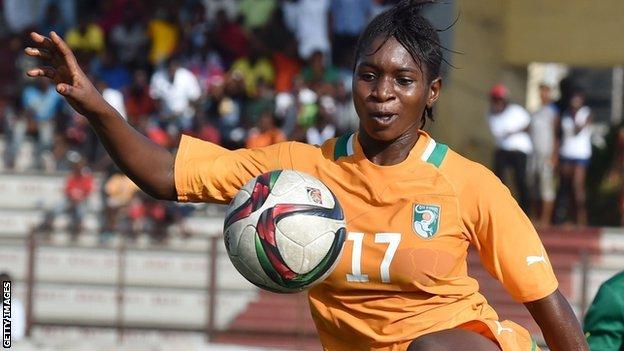 Ivory Coast women's team have withdrawn from qualifying for the 2016 Olympics ahead of Sunday's third round second-leg match away to Zimbabwe.

Ivory Coast had been handed a 3-0 walkover in the first leg after Zimbabwe failed to travel to Ivory Coast because of a lack of funds.

The latest twist puts Zimbabwe through but their place in the next round, to face Cameroon, is in doubt.

Fifa wants assurances they have the funds for both home and away games.

The matches, which would determine who reaches tournament in Rio, are scheduled to be played in Yaounde on 2,3 or 4 October while the return leg match would be played in Harare a fortnight later.