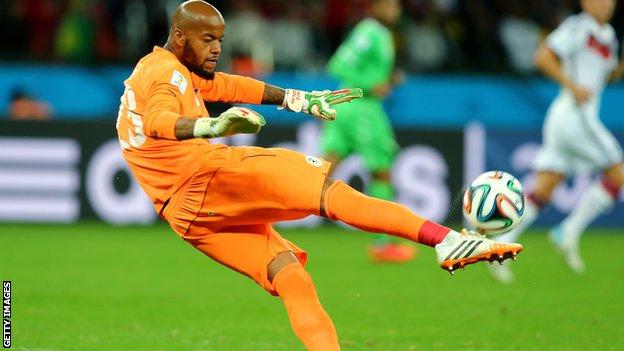 Algeria goalkeeper Rais Mbolhi has signed for Turkish club Antalyaspor after being allowed to leave MLS side Philadelphia Union.

The 29-year-old was on trial with English Championship side Bolton Wanderers last week but has signed a three-year deal in Turkey instead.

He joins Cameroon's Samuel Eto'o at the club, after he signed for them in July.

Mbolhi impressed for Algeria at the 2014 World Cup as they reached the second stage.