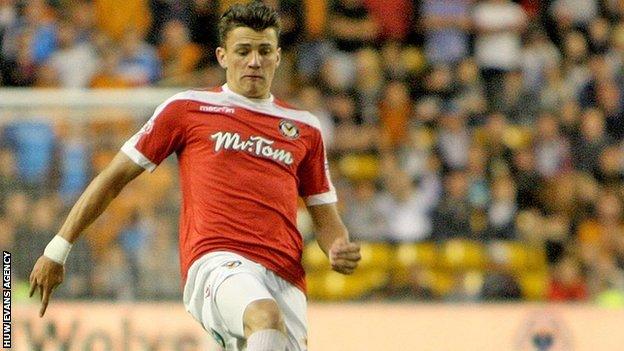 Newport County Supporters' Trust wants to take over the club from the current owner Les Scadding.

The Trust has set a deadline of the end of September to raise the funds.

"As widely reported the club will receive a down payment for the player," stated the Trust.

"The club have informed us that any immediate funds will be apportioned between the playing budget and working capital.

"As a result the Trust Board have agreed to reduce its share target to reflect this position."