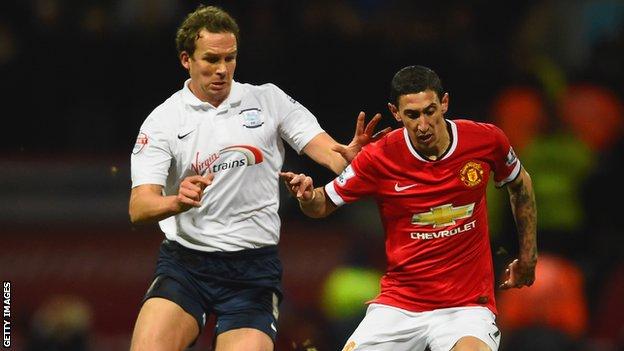 The 38-year-old, who scored 150 goals in 820 career appearances, left Preston at the end of last season after helping them win promotion to the Championship.

Davies made his only England appearance in a 0-0 draw against Montenegro at Wembley in 2010 at the age of 33.

"I could probably physically do another season but I just feel it's the right time," he told BBC Radio 5 live.

"I'll look back with immense pride for the last 22 years."

Davies began his professional career at Chesterfield before moving to Southampton, where his nine goals in a season persuaded Blackburn to pay a club-record fee of £7.5m for the forward.

But he only scored one league goal for the Lancashire side and, after three years back with the Saints, joined Bolton in 2003 where he spent 10 years, making 407 appearances.

He left Bolton in 2013 and moved to Preston where he spent the past two seasons, helping them reach the Championship last season.

"It was disappointing what happened at Preston, I was talking about doing a new contract there and coaching and playing on for another year in the Championship and that didn't quite materialise - it did knock the stuffing out of me a little bit," he said.

"But I've had that in my career before with Bolton, Southampton and even Sheffield United when I got rejected at the age of 15.

"I kept bouncing back, but I just felt this time I couldn't quite get to that stage again."

At 33 years and 200 days old, Davies became the oldest England debutant since the 38-year-old Leslie Compton in 1950 when he faced Montenegro, and he says it was the high point of his career.

"I'd been in so many of those long squads and on stand-by I never thought it would quite come," he said.

"To get the call at 33, it was just an amazing week for myself. I just loved every minute, travelling down, the training and getting onto the pitch.

"It wasn't a great game, to get on the pitch and represent my country was the pinnacle."