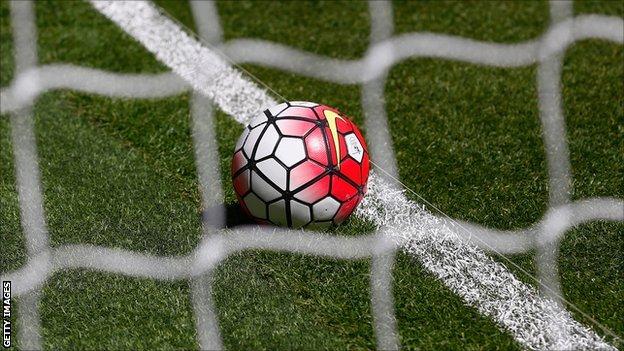 Blackburn boss Gary Bowyer has called for the introduction of goal-line technology in the Championship after his side were denied a point at Fulham.

Rovers were trailing 2-1 when Grant Hanley's effort crossed the line before it was hacked clear by Jamie O'Hara.

Referee Tony Harrington waved away appeals and Bowyer has urged Football League chiefs to mirror the Premier League and bring in technology.

"There's a massive prize in this league at the end of the season," said Bowyer.

Bowyer, whose side are winless this season, added: "The rewards are massive, yet we haven't got technology in this league. Hopefully this is an opportunity for the powers that be to do something about it.

"Cricket doesn't just have it at one game, tennis is not just at Wimbledon. They are open-minded, and the powers that be need to know it would make the game better. People are banging the drum and today is a great example, an opportunity to do something for the good of the game.

"We are in the professional game. For the amount of money at stake why can't it go all the way through the League?"

Goal-line technology was introduced in the Premier League in 2013-14 and Fulham manager Kit Symons admitted he has long been an advocate of its use in the Championship.

"I've had a look at it, it looked like it did cross the line but I'm not going to apologise for us getting a bit of luck," Symons told BBC London 94.9.

"It clears up any grey areas. I'd encourage it."