Wales are one place behind Brazil after reaching an all-time high of eighth in the Fifa world football rankings.

They stay above England, who remain at 10th; while Northern Ireland move up six places to 35th.

It is a six-year high for the Northern Irish, while Scotland are down nine to 40th and the Republic of Ireland slip three places to 54th,

World Cup winners Germany have moved back into second place in the rankings behind Argentina.

Wales won in Cyprus before a home draw with Israel brought them closer to qualification for their first major tournament since 1958.

Austria are celebrating their highest-ever placing at 11 after sealing a place at Euro 2016, while the biggest mover is Liberia, rising 65 places to 95. 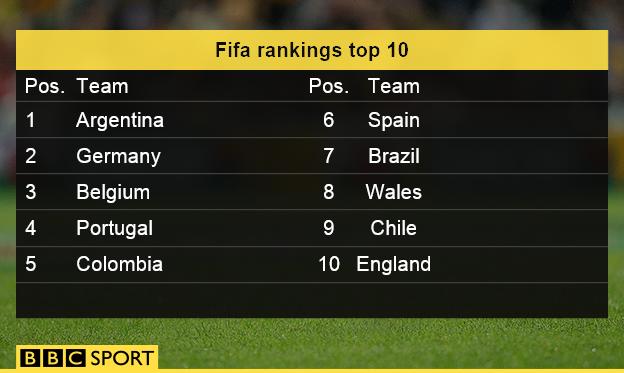