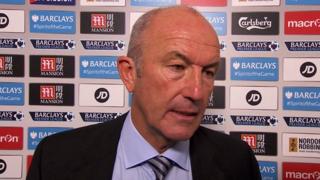 West Bromwich Albion manager Tony Pulis says his side were "flat and poor" in their 2-0 Premier League defeat at Crystal Palace.

Yannick Bolasie opened the scoring midway through the second half before Yohan Cabaye converted a penalty after Wilfried Zaha was tripped by Chris Brunt.

They were the first goals West Brom had conceded away from home in the Premier League this season.

What did Tuchel learn from Chelsea bow?

The most difficult transfer window ever?

The Soviet genius the world never got to see

'My parents are my icons' - Backstedt