Wales manager Chris Coleman said his side have fulfilled a dream by qualifying for Euro 2016.

A 2-0 defeat by Bosnia-Herzegovina on Saturday proved immaterial as Israel's loss to Cyprus confirmed Wales' place in France next summer.

"I don't think it will sink in for a while. I've always known what it would mean for Wales to qualify," Coleman said.

"Now we've qualified and we're going to enjoy that."

Coleman walked onto the pitch at the final whistle in Zenica unaware he had created history by becoming the first manager since Jimmy Murphy in 1958 to lead Wales to the finals of a major tournament.

His side's unbeaten record in Group B had been ended by second-half goals from Milan Duric and Vedad Ibisevic.

But jubilant celebrations soon followed as Cyprus' unexpected victory confirmed Wales would finish in the top two places in the group with one game remaining, against Andorra in Cardiff on Tuesday.

"I was disappointed not to get anything from the game," Coleman added.

"We were gutted coming off because we didn't know what the Israel result was but now we do. And wow, I can't explain how it feels.

"It's an absolute dream. It was the first time we got a bit flustered defensively, but under the circumstances you can understand that.

"But over the campaign, to concede four goals in nine games and two in one game... as a unit, we've been fantastic."

Gareth Bale, whose six goals in the nine qualifiers propelled Wales towards France, said the aim now is to prove they can compete against Europe's elite next summer.

"That was the best defeat of my life," said the Real Madrid forward as his team-mates celebrated in front of the Wales fans.

"This is right up there in my career. It was a dream from when I was a small child to play in a major tournament. It doesn't stop here. We have business to do in France.

"We can breathe a sigh of relief and enjoy the occasion. We are like brothers on the pitch. If we lose the ball we fight for it back.

"We can now test ourselves against the best."

"I'm so proud of this team, of what we've achieved. Hopefully we've made the whole nation proud and it's just a great achievement from us.

"It was a dream come true at that final whistle because this is what I've wanted to do - have an influence on the national team and get to a major championship. Finally we've achieved that.

"We did all the hard work before this game. We got ourselves in a great position and we're going to enjoy this. This is definitely up there with one of the greatest achievements in my career, and possibly will be until I retire.

"We're not a massive nation, but we are a nation with a lot of players hungry for success."

"I said at the start of the campaign that qualifying would be my proudest moment and it definitely is.

"Because the game was how it was it'll take a bit of time to sink in, but everyone is over the moon.

"We always had belief from the start but we knew it would be a lot of hard work. We didn't manage to do it in front of our home fans but when we go home now we'll hopefully win that game and have a nice night after it."

How they reacted on social media

Former England captain David Beckham was just one of the thousands to congratulate Wales on social media. He highlighted former Wales manager Gary Speed, who died in November 2011, in his post on Instagram.

Twitter was full of messages of celebration and congratulations. 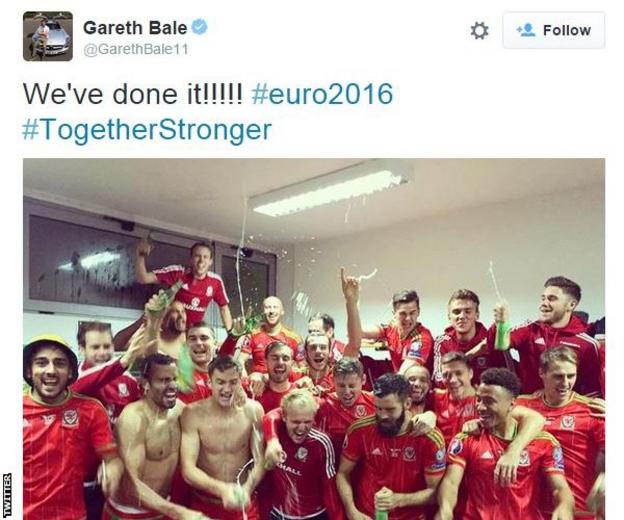 How the papers reacted 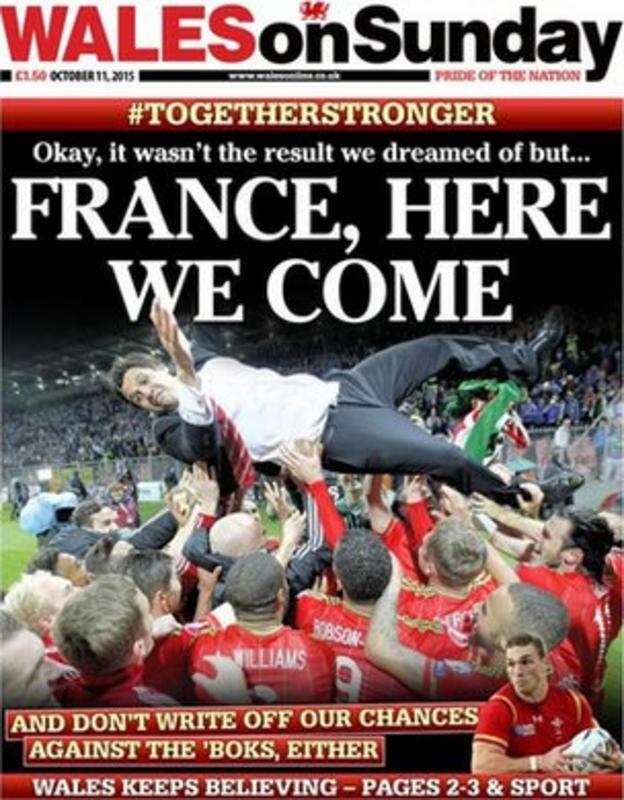 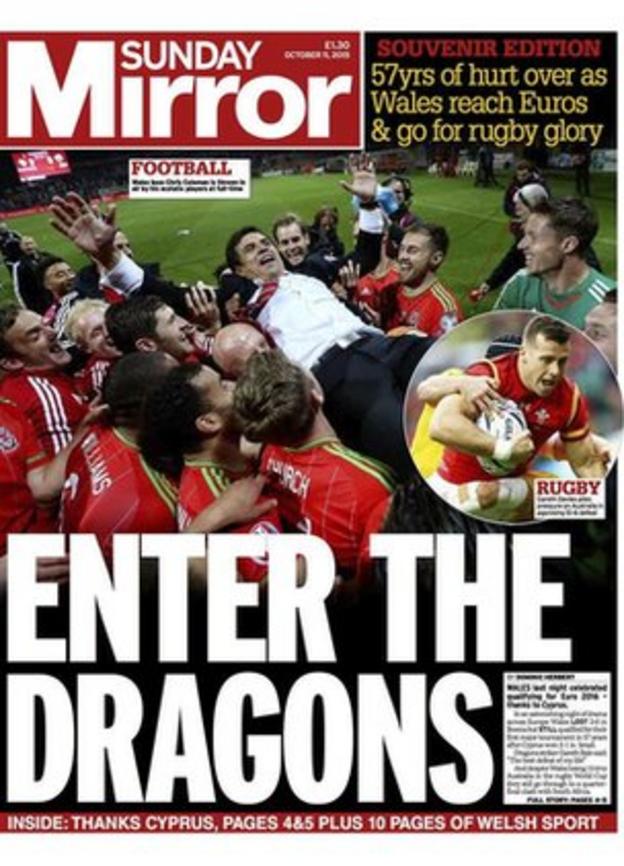 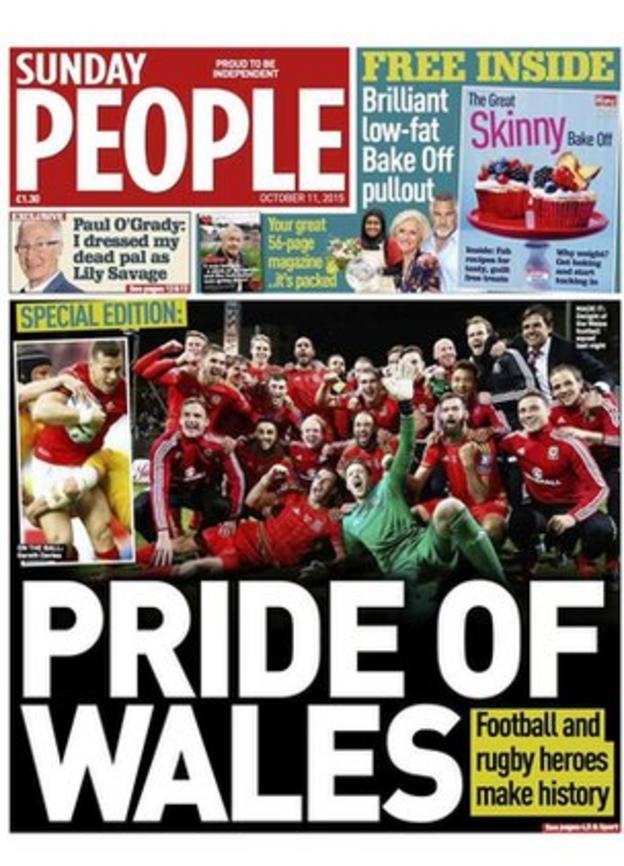