Why Aston Villa should stick with "cocky" Tim Sherwood 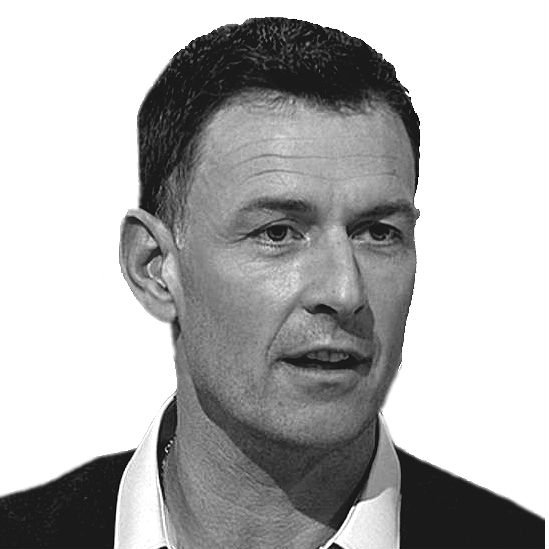 There is a lot of talk that Tim Sherwood is close to being sacked by Aston Villa but I cannot understand why they would even contemplate getting rid of him at this stage of the season.

If he does become the next Premier League manager to lose his job, it would not just be unfair, it would be absolutely ridiculous.

I cleaned Tim's boots when I was an apprentice at Norwich in the late 1980s, and he was the captain at Blackburn Rovers when we won the Premier League together in 1995.

Of course I am not just backing him to succeed at Villa because I used to play with him - the reason is that, since the earliest days of my career, I have always seen him as manager material.

When I was a teenager I looked up to him because I liked the way he went about things and how he dealt with me and other people. Even though he was a young man then too, the other players all thought the same.

Character is a bit of a buzzword these days, but as a player I looked around for team-mates who had the ability to handle pressure and Tim was always one of them.

At 46, he is a relatively young manager now, certainly in terms of experience, but you have to remember he was quite a young captain at Blackburn too - he was 26 when we were champions.

We had some pretty big-hitters in terms of personalities in that dressing room, the likes of Alan Shearer, David Batty, Tim Flowers and Colin Hendry.

They were never afraid to have their say but, if you speak to them, they will all tell you they admired Tim not just for what he brought to the team as a player but also his contribution to the club's success as captain.

'It's OK to be cocky as long as you make sense'

For Tim to be skipper ahead of, say, Shearer shows you what the Blackburn boss Kenny Dalglish thought of him too.

He always had the leadership qualities you need as a manager and, on top of that, I always thought he was extremely knowledgeable about the game.

He comes across as confident or even cocky in some respects, but in the dressing room it doesn't matter whether you are an introvert or an extrovert as long as what you are saying makes sense. Tim always did.

So it does not surprise me that, as a manager, he has got the best out of players who had been under-performing - like Emmanuel Adebayor at Spurs or Christian Benteke and Fabian Delph at Villa last season - because he has always had the ability to get people playing for him.

At times he might say things that players don't like - because he tells the truth. That ruffles a few feathers but I don't mind it, in fact he should be commended for it.

These days I hear a lot of people in football say things with no substance behind them, but Tim certainly is not like that - he can always back his opinions up.

'He is trying to build a new team'

Tim earned his right to have a proper crack at being Villa boss with the incredible job he did to keep them up after taking charge in February, when they were in desperate trouble with a dreadful scoring record.

Villa have been fighting relegation for a few years now under several different managers so this season was never going to be any different.

But, just eight games into the new campaign and at the first sign of adversity, Sherwood already appears to be under massive pressure.

You have to take into consideration that he lost his two best players over the summer in striker Benteke and midfielder Delph, who were both inspirational for him last season, and realise he is trying to build a new team with all the signings that Villa have made.

Villa's net spend over the summer was under £10m - and a lot of that went on young players with little or no Premier League experience.

They have plenty of potential, and also plenty of sell-on value which seems to be a big part of the club's thinking, but it is a gamble whether they work out for Villa now and that is Sherwood's problem.

I don't know who had the final say on each deal but from what I understand, Villa's head of recruitment Paddy Reilly and sporting director Hendrik Almstadt play a big part in the process.

You cannot blame Tim for the squad not being strong enough if it is not just down to him, but he is the one who is being criticised because Villa have not won since the opening day.

I get why the club's owner Randy Lerner might be getting twitchy because of the amount of money at stake if they go down, but the logical thing to do is to give Sherwood more time because he is an intelligent man who has already shown he can improve players - which is exactly what Villa need now.

'Trying to find the right balance in attack and defence'

Sherwood has chopped and changed his team and formation a lot so far, but that is only because he is trying to find the right balance between attack and defence while he beds those new signings in and finds a system that works with the players he has got.

The choices he has to make with his current forwards is an example of how difficult that is.

Like Benteke, Rudy Gestede has tremendous physical attributes and is as good as there is in the air in the Premier League.

In an effort to make the most of that, Sherwood has tried to get his full-backs forward to get crosses into the box - Jordan Amavi and Alan Hutton or Leandro Bacuna have all done that far more than any of Villa's midfielders.

But what Gestede doesn't have is the ability to link up play, or the pace to get behind defences. In that way, Benteke was much more of an all-round striker.

Sherwood can leave out Gestede and play Gabriel Agbonlahor or Jordan Ayew if he wants pace, but then he does not have that same physical presence up front, or any aerial threat.

Whoever he picks, he is missing something that Benteke provided on his own.

Because he is trying to find that balance between attack and defence, he cannot always play two up front to solve that problem, especially because he is also trying to fit Jack Grealish into his team as an attacking midfielder.

'Grealish has defensive responsibilities too'

Grealish is a young player who has a lot of talent but picking him creates a different issue because winning games is not just down to what happens when you have got the ball.

However good Grealish is going forward, he does not always put in a shift going back the other way.

When you lose possession, you need to be compact and tight defensively and Villa have lacked that in the games I have seen, notably in their defeat by Leicester when they were hit on the counter-attack time and time again.

You really need defensive responsibility when you are in Villa's position near the bottom of the table.

That might be one of the reasons why Sherwood has apparently used this international break to try to get Grealish fitter.

After trying so many formations and line-ups, maybe we will see Sherwood sticking with just one in the next five or six games.

A settled system and some continuity is what Villa need at the moment. Tim knows that and, if he is given the chance, I am confident he will get it right.